Posted by rosme on November 03, 2014
While it has been a year since I moved to the national capital region, all things Consular had captured my imagination  and yet eluded me. Finally, I got a taste of diplomatic hospitality this Wednesday as part of the Chilean wine and food festival hosted by Pro Chile (Chilean promotion bureau) and the Embassy of Chile at the Lalit Intercontinental, Delhi. I entered the grand crystal ball room of the Lalit, the ceilings of which are adorned by gigantically magnificent crystal chandeliers. The crowd was a pleasant mix of people from different walks of life which included media, the diplomatic junta, wine connoisseurs, food bloggers and others. The venue was demarcated into the wine and dine section which I felt was rather convenient. This was the fifth version this festival and being hosted by the Lalit for the third consecutive year. The festival was inaugurated by the newly appointed Chilean Ambassador to India H.E Andres Barbe. 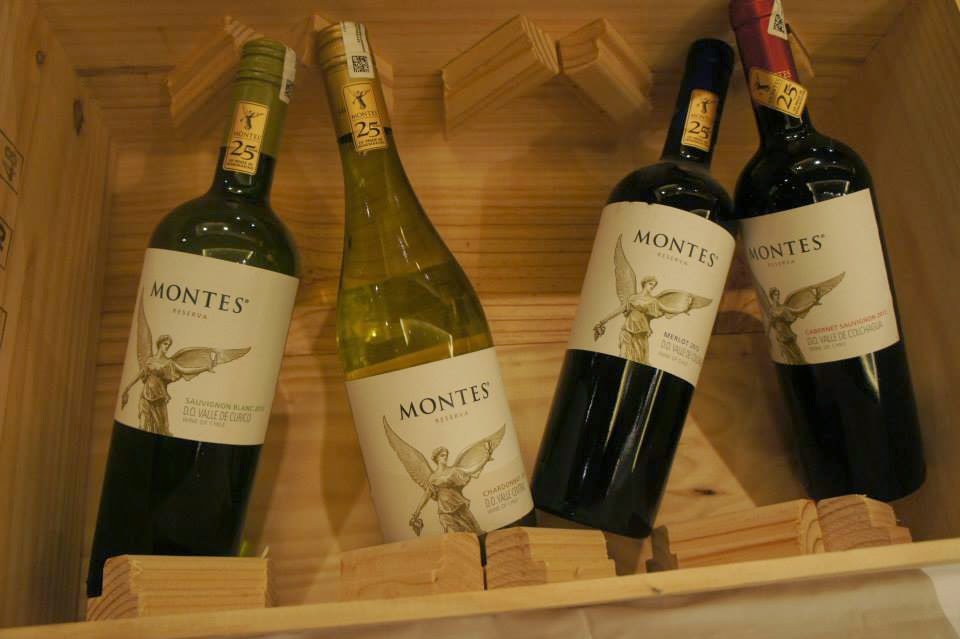 Chile with its diverse topography, ethnicity and climates has always fascinated me. It is the land of Pablo Neruda, one of the greatest poets to have ever lived on this planet. Currently one of the most prosperous nations of South America, Chile has come a long way. It’s ranked the 7th highest worldwide in terms of economic freedom and leads in the South American continent. Another remarkable feat achieved by this nation was replacing Australia and becoming the 4th biggest exporter of wine in the world. 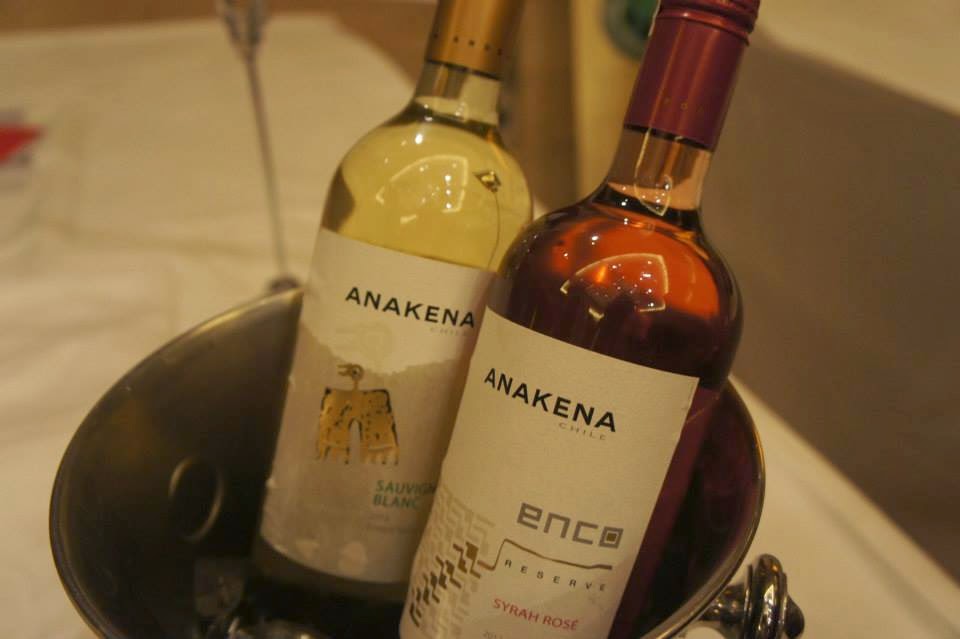 With 14 wine regions, Mediterranean climate, mineral rich soil and the proximity to melting snow from Andes, this country is a wine maker’s paradise and the 9th largest producer of wine in the world. Although the country’s long viticulture history began in the 16th century when it was a Spanish colony, it has also been influenced by French winemaking. Luckily for us we got to savour a variety of these exquisite wines at the festival. Most major exporters of Chilean wines registered their presence and provided sampling of their products. There was ConoSur which is the 2nd largest brand worldwide, 5th largest producer of pinot noir and the largest exporter of wine out of Chile- it is  being distributed in India By Sula Vineyards. They also had the most beautiful counter at the event with rose petals strewn all over and beautiful red candles. High Spirits brought the Chilean wine Anakena. Prestige wines and spirits were tasting wine Miguel Torres Santa digna. It was the debut of Nature’s bounty wines with their newly acquired brand  Balduzzi wines. Agnetta International served different varieties of their premium wines from Valdivieso. Brindco Sales Limited were tasting their wine Montes Reserva while Hema Connoisseur Collections were tasting Wine Emiliana. 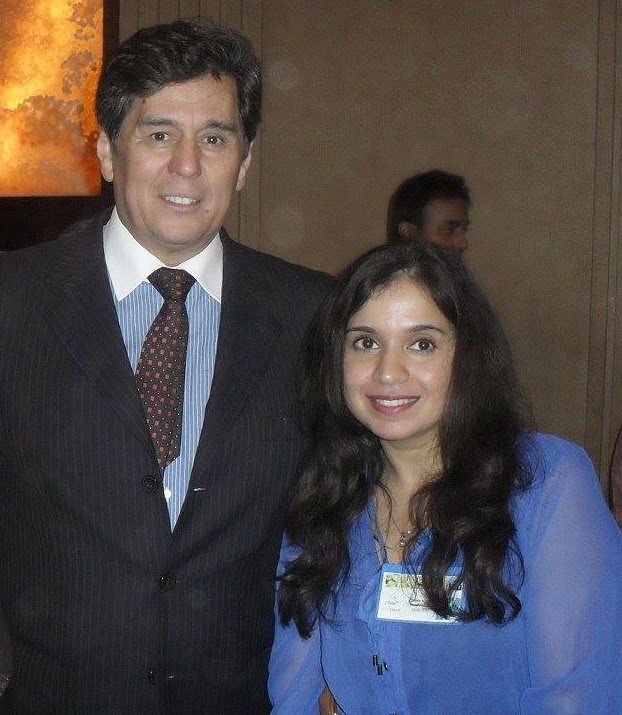 Moi With The Chilean Amabassador to India

Now let’s move on to another interesting facet of the evening- FOOD.
Chile’s multi-ethnicity has profoundly influenced and contributed to its cuisine. Its long coastline and proximity to the Pacific Ocean provides a huge array of seafood .The topographical variations coupled with a temperate climate also bless the country with a huge variety of fruits and vegetables.
We got to savour some of these high quality gourmet products, which  paired well with the wines, at the event. The evening witnessed the launch of an exclusive variety of Salmon Trout, which is from the Pacific Salmon Family. The starters were superlative indeed. My personal favourites being the Goat cheese tarts with caramelised onions and Cheese mousse with kiwi. The main course showcased a plethora of meat dishes which were ravaged happily by my friends. There was New Zealand lamb chops, pork chops and the pink salmon. The spread was a complete delight. 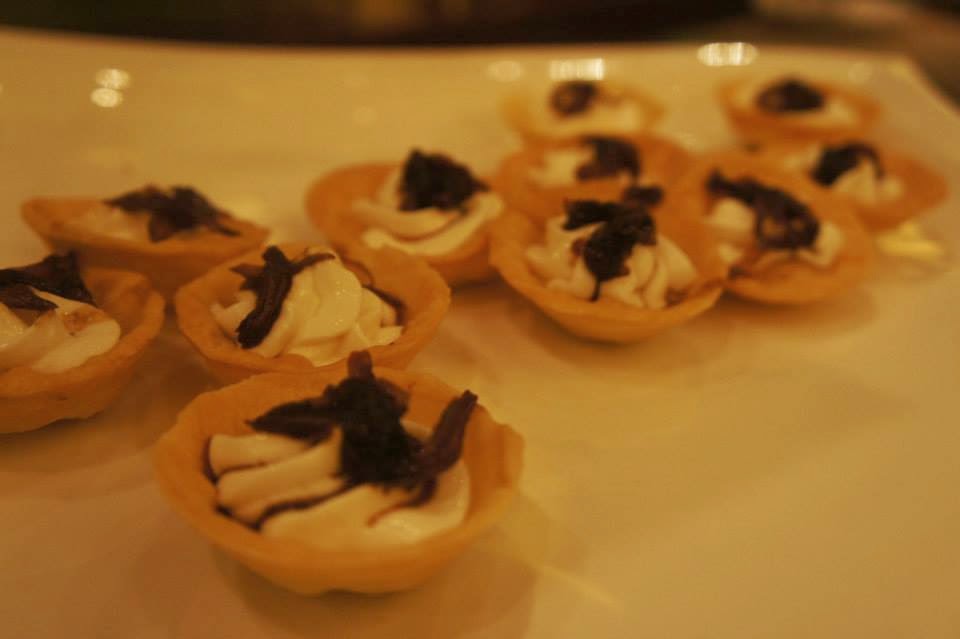 Here are a few recommendations from my charming companion for the evening and wine expert, Somnath Chatterjee-
1. Sula wines- Conosur wines- Their chardonnay and cabernet sauvignon white wines went well with the sea food (prawns, salmon and canapés)

4. High spirits- Anakena Vineyards- Sryah rose wine- best of the lot (this one was a favourite with most members of my team), paired well with the smoked turkey 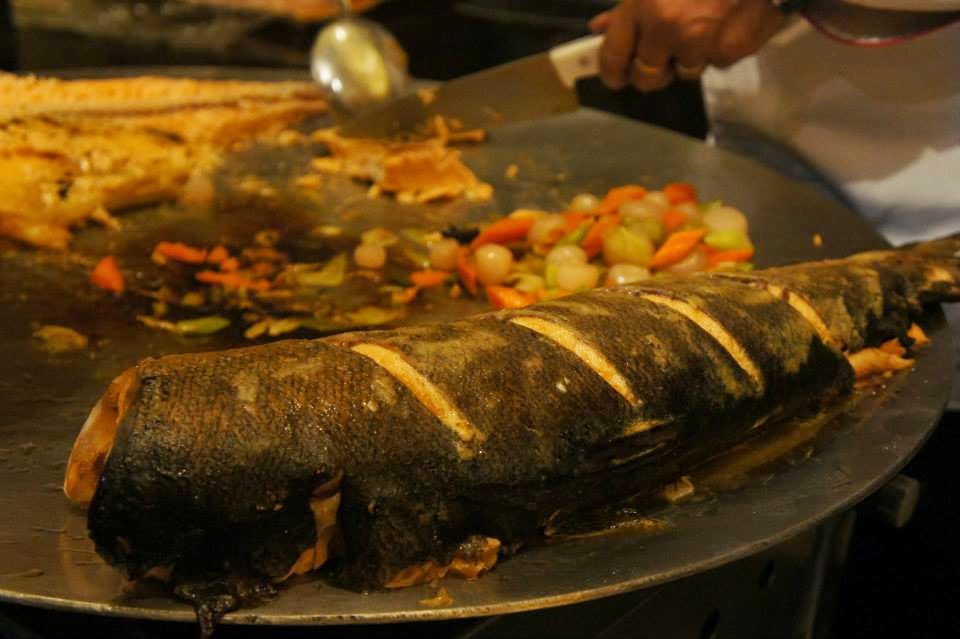 The evening lived up to my expectation with exquisite wines, delicately flavoured food, and some great company. The evening added another memorable chapter in my Gurgaon diary. A special thanks to Avininder  ji aka the Foodie Surdie for including me as a part of this writer’s collective and enriching my life with this experience that I’ll always cherish.
Pics courtesy- Kavita Bahuguna and Snehalata Saikia
chilean food Chilean wines Chilean wines India Lalit delhi Prochile Sula vineyards