·         MF Hussain: India's best known 'art maestro' the late Maqbool Fida Husain popular know as MF Hussain is one of India's most charismatic artists who redefined art to a great extent. According to the Forbes magazine he was "Picasso of India" and celebrated for his wide repertoire of works of art. M F Hussain, the artist, who earned fame and controversy over his work which are a blend of cubism and classical Indian styles, that fetch millions of dollars on international art markets. On display will be his limited edition prints. 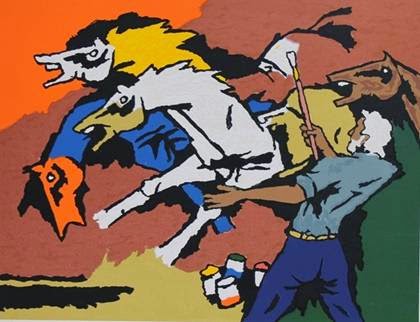 ·         T Vaikuntam: Thota Vaikuntam hails from Andhra Pradesh, in South India, and finds his inspiration in the rural areas of the state. Men and women of his village are often the central characters of his work. Telangana women, in particular, are frequent subjects for his works. The obsession can be traced back to his childhood, when he used to be fascinated by the male artists who used to impersonate female characters in the travelling theatre groups that performed in his village. He admits finding the women of his village very sensuous and that he only attempts to capture their vibrancy. 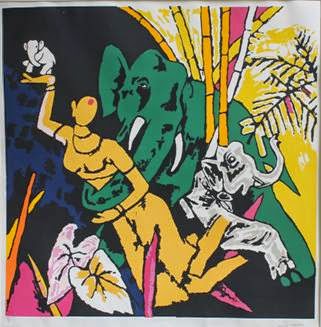 ·         Somnath Maity: Recognized today as one of Bengal's important new emerging painters, Maity has already exhibited his works at many major Indian and European galleries. He has won awards and scholarships from most of the major Indian fine art institutions, including the All India Fine Arts and Crafts Society, the Birla Academy and the IAAI. With several one-man exhibitions in India and abroad to his credit, including shows in Germany Sweden and the United Kingdom, his paintings also enjoy pride of place in prestigious permanent collections like those of the National Gallery of Modern Art and the Lalit Kala Academy in New Delhi, the Fukuoka Museum in Japan and also in several corporate and private collections all over the world 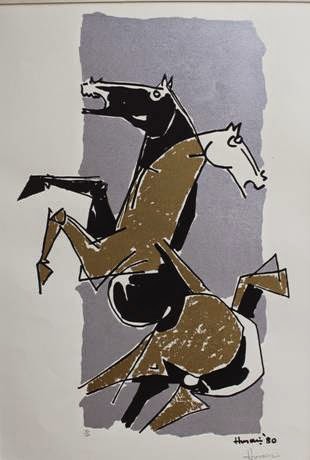 ·         Murali Nagapuzha: In the words of Anita Nair… “In a world, where being accessible is considered being popular and hence less worthy, Murali Nagapuzha takes a risk. Not just is his realm figurative but his artistic motifs are drawn from a landscape that is now part of every tourist brochure that celebrates God’s Own country. And yet, without being banal or kitschy, Murali Nagapuzha’s artistic terrain marvels at the Kerala contours and colours and makes it his own. To follow Murali there is be enchanted. It cuts off all escape routes and makes it impossible for us to turn away from his mindscape.”