Breaking into the Vault .

Posted by rosme on January 20, 2015
Toying with Sunday lunch options, I decided to check out Connaught place with hubby and landed at one of the newest diners in town, The Vault cafe. Connaught place for me is a slice of history, with the Victorian architecture, the bohemian environment and shops, cafes, and diners that date back to the early 90s. Vault has succeeded in bring this sense of history indoors.  The theme is palpable even in the small knick knacks strategically placed, be it a sand clock, a grandfather clock, the special doors, the books, particularly the room that’s based on the library theme. We met up with the cheerful, well informed manager Yogesh Sharma who showed us around this 7000 square feet rustic, grungy place with distressed wooden doors, iron chains, and some very classy décor and unique offerings hugely inspired by the colonial times. Staying true to its name the place has five PDR’s which are named vaults, each sporting a different theme and with increasing seating capacity which gives one the option to choose between a library, a living room or a wine cellar! We chose the first vault as it seemed really cosy for a quiet Sunday lunch. Oh and did I mention they also have an alfresco seating on the terrace and huge windows washing the indoors of this cafe  with ample sunlight. 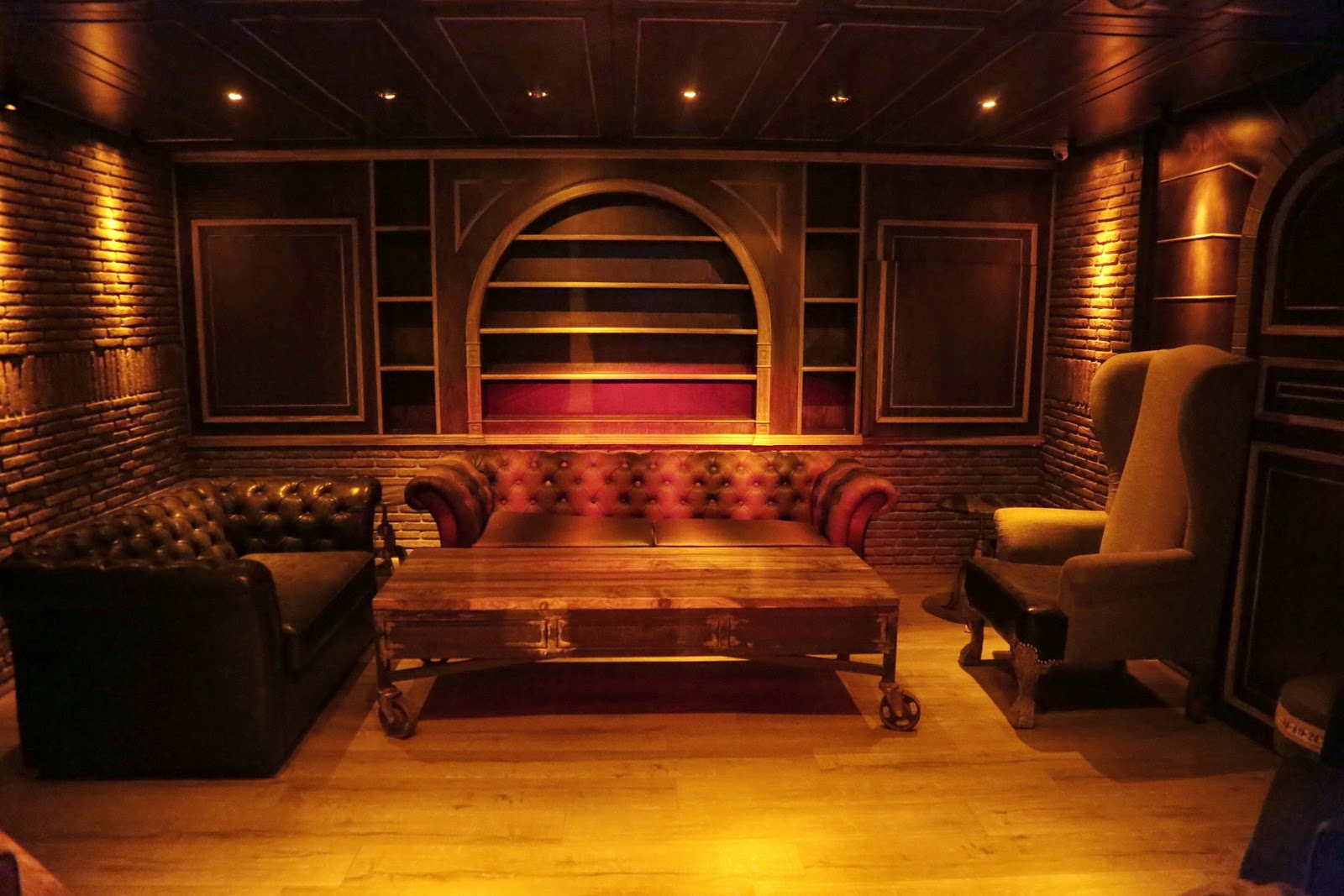 Vault is hyperthematic and the theme runs throughout the different aspects of this cafe including the bar. The drinks here are served in pitchers or chests which adds to the vintage vibe of this place. The drinks menu encompasses a fantastic selection, and be assured that you will only be served the best. Molecular mixology is another clincher, the drinks stimulate not only the gustatory but also the olfactory senses .We tried the Vault No 1857, which is a heady combination of vodka , vanilla syrup, pineapple ,lime juice and spiced with cardamom. This cocktail is enhanced with the addition of vanilla air making it incredibly irresistible.I also had homemade ginger ale, which balanced the earthy flavour of ginger with the freshness of mint. 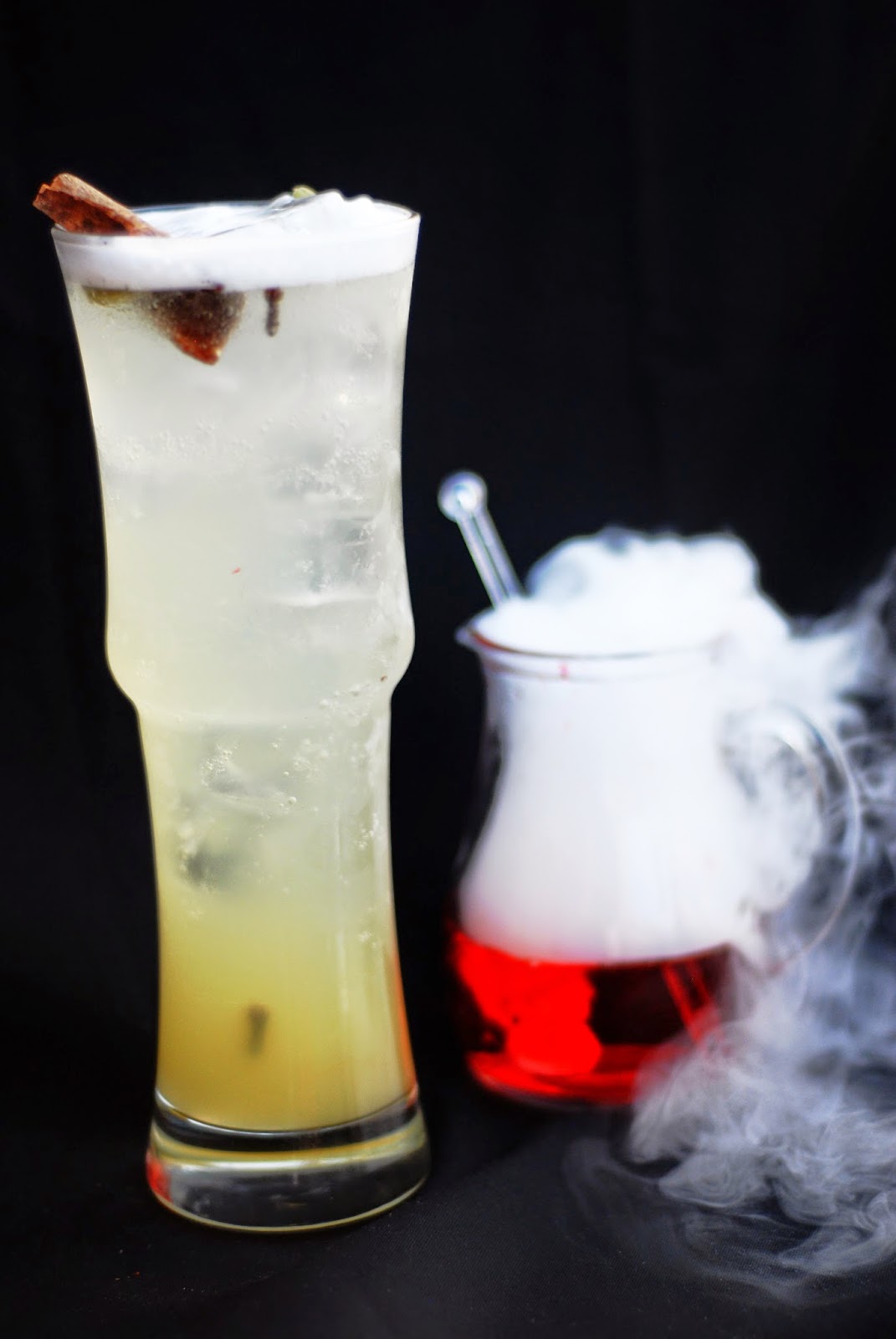 The food menu encompasses various dishes from all over the world. We started with dahi ke kebab, which were melt in the mouth soft. The smoked cheese balls used smoked cheddar which gave it an interesting flavour.  Quesadillas were stuffed with mushrooms, capsicum and cheese and served with sour cream and salsa making it a hearty snack. The Mushroom kurkure were a little cumbersome to eat. The herbivore’s delight is a thin crust pizza with assorted vegetables cooked in a wood-fire oven. Thankfully for me the pizza had no overwhelming tomato sauce that masks the flavour of vegetables. The crust was thin, crispy and the vegetables retained just the right bite resulting in a comforting fare. The Pokchoi and water chestnut dim sums were other gems in the Vault. These well crafted dim sums are green in colour due to the incorporation of Spinach in the dim sum dough and  were  delicious. The Thai curry was aromatic and refreshingly delicious. 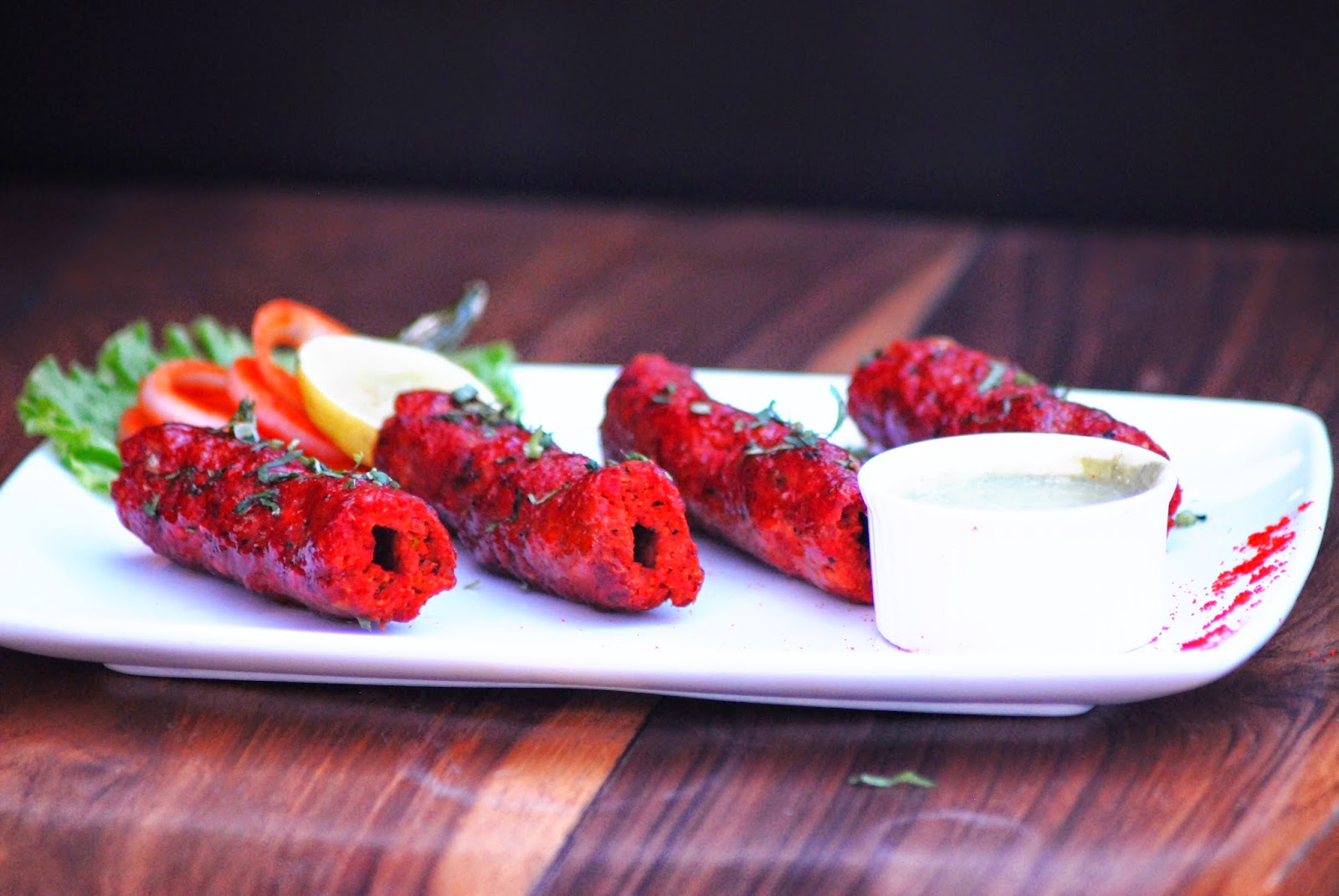 All that food however did not quell my greed for desserts and I tried their Chocolate cake which was delectable .However, it was the classic Italian dessert Tiramisu, which demonstrated the skill of their pastry chef and   provided the perfect ending  to my lunch date . The tiramisu was velvety in texture and sinfully delicious. 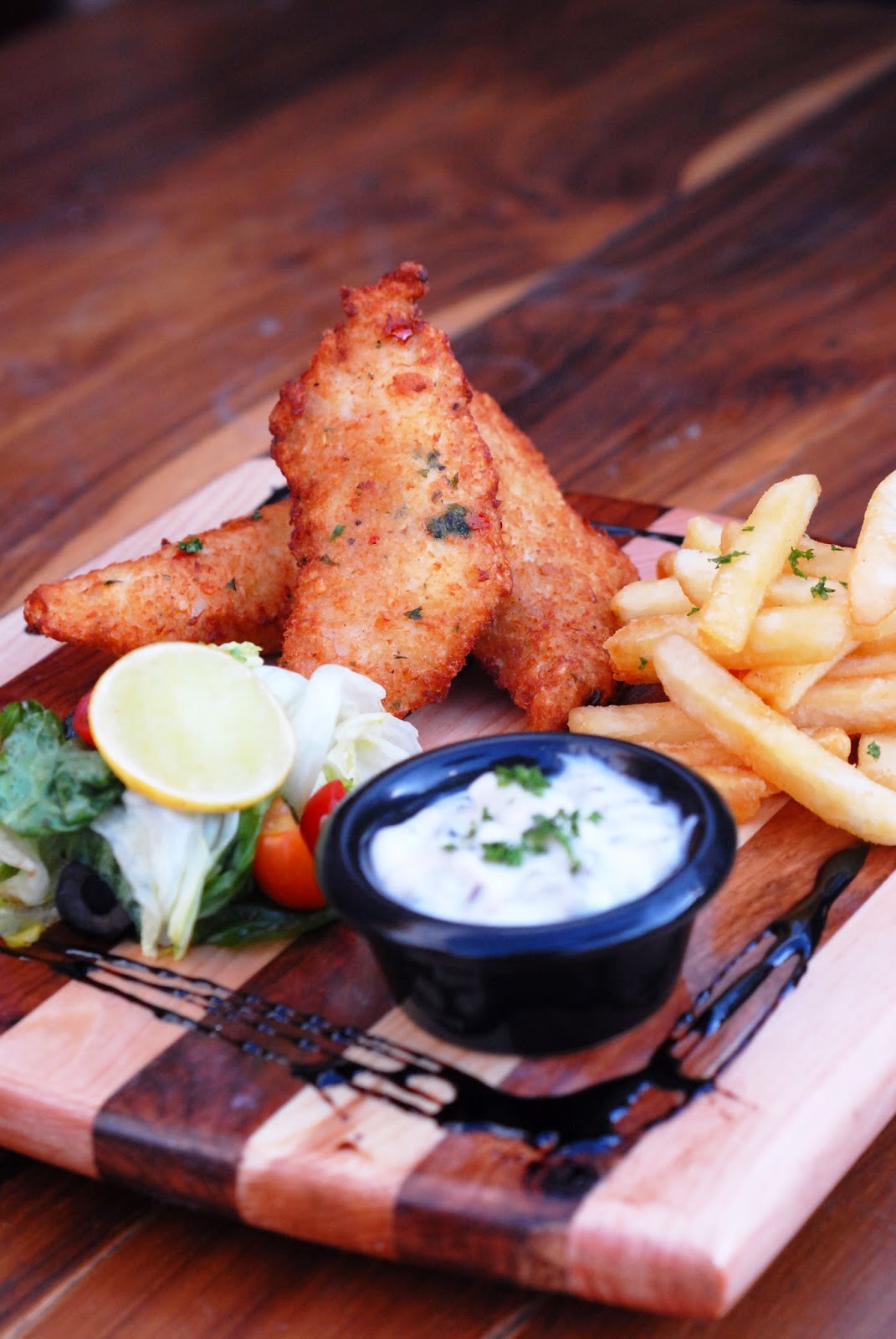 Vault is flamboyant, in- your- face, bold and edgy. The crowd thronging this venue which opened just two months ago endorses its appeal. Mark my words- this place will turn out to be the one of the hottest party destinations in town very soon.
P.s- judging by the crowd that day, it’s actually a good idea to reserve the vault in advance and unlock a great culinary experience. 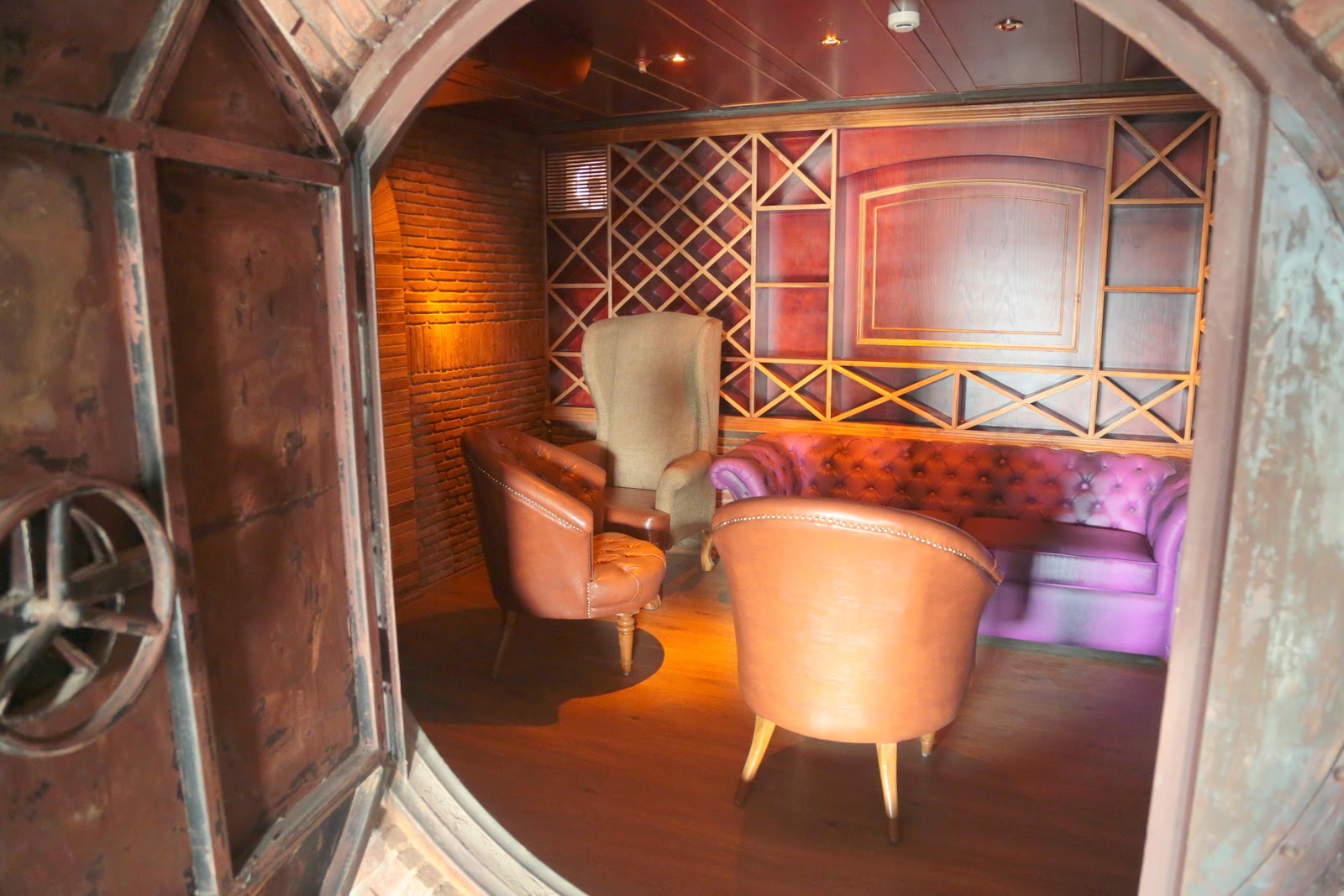