As a child I was mesmerised by Aaratis. There was something enticing about the entire preparatory process, accumulation of family members, singing the devotional songs while circulating the arati thali around the family altar. The sanctity attributed to this ritual affected my impressionable mind. As I grew older, my participation in this seemingly mundane ritual ebbed, and at times it actually seemed meaningless to me. Several years later, while undergoing a very painful period in my life, I was caught in my tracks walking down the alleys of Jaipur by the resounding thumping of Cymbals and drums. That sound brought back happy memories, the incense raised my spirits and somehow the experience gave me hope. I cannot pinpoint the exact mechanism ,or the why’s and how’s, but I could feel hope. Some unknown force seemed to be trying to assure me that things will turn out to be all right. Incidentally, things actually got better pretty soon after that. 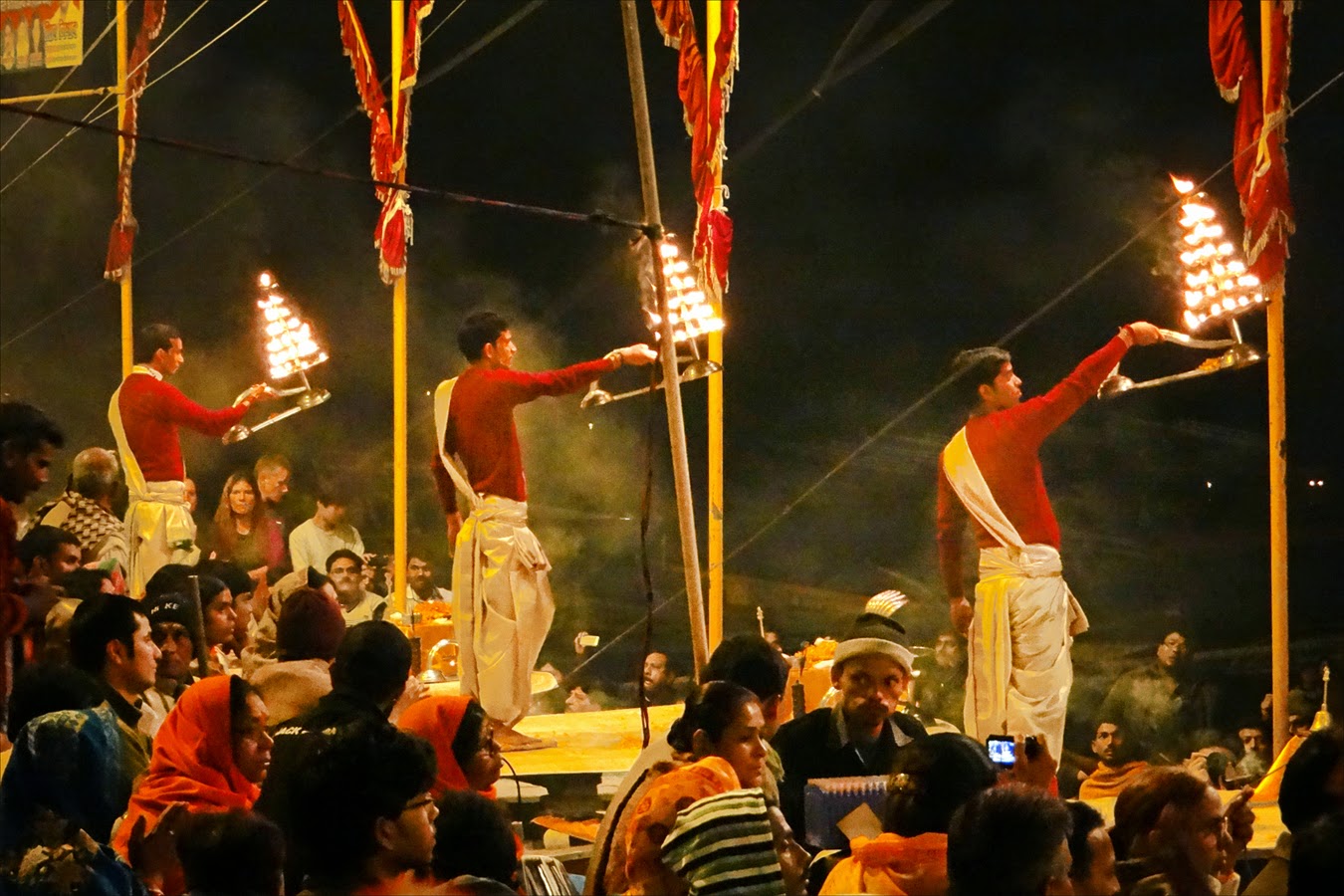 Several years later, during my visit to Varanasi I happened to attend the Aarati at Durga kund. I have witnessed and participated in numerous debates on the pointlessness of this ritual or the noisiness of it  and debated both for and against the decibel levels. However, as I stepped into the temple, the thumping began. I just sat in a corner and meditated amid the ringing of many bells and other sounds that go with it. In all this noise I could experience real peace. It felt like my insides- my core fell silent. The noise outside succeeded in muffling the whispering sounds that I carry in my head for most part of the day. Those 20 minutes of silence lingered for a long time in my being.
Sound or music has been incorporated in therapies for some time now.  Rhythmic sound has been proven to affect groups, and even coordinate their thinking. Imagine a huge group of people chanting, praying together and that coordinating with the beating of drums .The harmony between the chanting and beating of drums, within the circumference of a sacred region can only create positive vibrations. This kind of positivity can’t be measured physically but can only be felt. That was felt when each cell of my body resonated with the divine sound and I experienced quietude. For a long time afterwards, that annoying noise, which normally keeps rippling like waves onto the surface of the ocean that is my brain, lay dormant. This led to such a surge of energy and well-being that I felt fully charged-up. Studies have proven the calming and relaxing effect of rhythmic drumming in patients suffering from Alzheimer’s, Parkinson’s, hypertension, cancer and a wide range of illnesses. 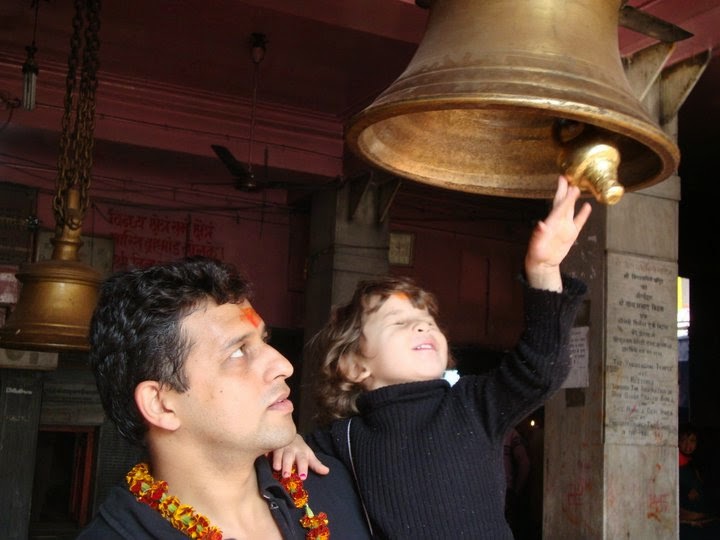 Drum beats if used correctly help harmonize the two cerebral hemispheres of the brain and that promotes flow of Intuitive energy. It promotes the induction of natural altered states of consciousness .Music aids the alteration of beta  waves of the brain  to alpha which is associated with mediation, trance and a general sense of well being. 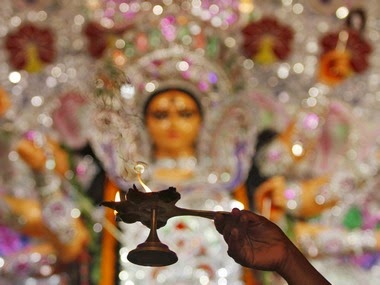 Our sages must have been so advanced, eons ago to understand the above facts and hence exhorted the inculcation of Aarati in our daily routine. The sandhya vandanam went deeper than just chanting and lighting diya. It created synchrony between the members of the family which in turn helps create harmony with the world, thus helping us understand “Vasudhaiv Kutumbakam”.
That evening at Durga Kund not just brought long lasting peace but also helped me understand the science behind this ubiquitous ritual.