Posted by rosme on May 05, 2015
Wendy’s the American Square burgers finally go desi and how! Yours truly was invited for a sneak preview which enlightened me on many aspects of its desi- international functioning. Here are the reasons which set Wendy’s apart from other fast food joints in the country. 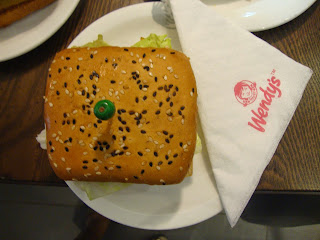 1. Placing Orders- This one’s a departure from its America counterpart where orders are taken at the table. So Wendy’s India has you placing orders at the counter but what comes as a relief is the food is delivered to your table. That means no mindboggling frustrating queues at the counter. The food is not served in Styrofoam plates instead it’s served in china crockery with real cutlery! Not bad, eh? 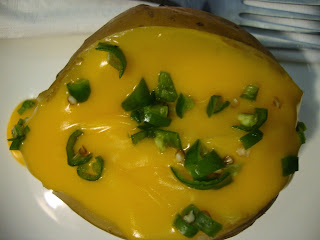 2. The kitchen- it’s so hi tech- almost like stepping into a spaceship. Did u know the kitchen has to be booted every morning and the burners as well as ovens and other cooking devices are computerised which means no unevenly cooked food. The food is made fresh and cooked exactly for the same amount of time. The kitchen also is clearly demarcated into vegetarian and non-vegetarians sections, with the staff even sporting different aprons (green and red). The oil, burner and even the plates used are separate and to my surprise even cleaned separately. 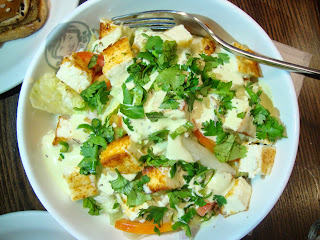 3. The  food- definitely the most important aspect. With the recent ban on beef Wendy’s had to forego its beef burgers but has still retained the baconator on its menu. By the amount of raves this one got it’ll come as no surprise if this becomes the best seller on their menu. For vegetarians there’s a plethora of options too. From the mushroom burger, the falafel burger and even an alu-tuk version. There’s something for everyone here. They also have an interesting array of sides and desserts. The classic Frosty is available in the Indian outlet as well and the caramel banana version is going to definitely strike a chord with the bhartiya junta. Oh and even the cola here is fresh and made in-house. 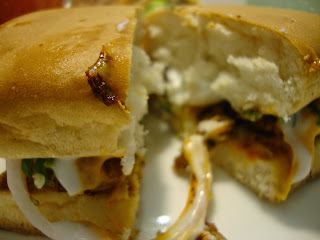 I was impressed by the detailing and research involved. The sheer hard-work that has been put in before launching the outlet is commendable.
The management promises that the place is differentiated as a QSR in many ways, the overall philosophy being giving much more for a very reasonable price point. Won’t be surprised if this place ends up being the No. 1 hangout in town!
burgers delhi ncr latest buzz restaurants delhi ncr wendy's india