Posted by rosme on June 12, 2015
For those who think food blogging is all fun and frolic let me tell you it is sometimes boring and predictable, till something like Lights Camera Action, Rajouri Garden turns up. It’s been a month since Varun Puri shouted action and boy this place has already become one of the most talked about culinary hot spots in the city! Varun leaves no stone unturned whether it’s the funky, eclectic decor or the innovative food menu. He left me impressed with his eye for detailing and the sheer amount of hard work he puts in, all this with a friendly smile on his handsome face. I stepped into a small yet clean lift to rise 3 floors and enter a funky joint sporting crazy, eclectic, posters, with a comic twist on their names (further details omitted lest we spoil the surprise). Spread over two floors, with the lower being a cozy dining area with comfortable huge sofas and bar chairs, the upper level is a terrace seating equipped with mist fans to ensure comfort even in this sweltering heat. 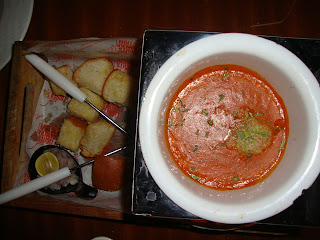 A chai fan I fancied Rajnikant’s early morning tea- which turned out to be a soup served in the craziest style imaginable. Molecular gastronomy alters the consistency of coconut oil to make it appear like sugar, fried curry leaves substitute for chai patti and all this comes together to make the best rasam I’ve had in the city. A city that’s synonymous with chaat, Chef Aman Puri floored me with his creation  Hollywood nitrogen papdi dhokla chaat,which with its  contrasting textures and varying temperatures of different ingredients  sent me into a tizzy. Bhiku mhatre’s vada pavs were cute and thankfully very close to the bambaiyya counterparts (p.s Varun gets his garlic chutney from Bombay, thank god for small mercies). Another Bambaiyya street food classic that has been given a modern twist is the Pav bhaji, savour your pav bhaji fondue style at LCA .Vegetarian murgh tikka was scrumptious. 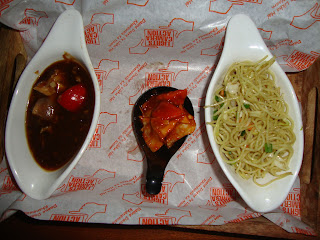 Pyaar tune quesadillas made me nostalgic , with the stuffing of kolhapuri sabzi in tortillas. Chicken e chameli was succulent and declared as one of the best chicken tikkas in the city by my friend.  Nanzaa is a fantastic take on the pizza and is available in a multitude of options .Doodh ka doodh, pani ka paneer is a choice between three paneer classics that is accompanied by a complimentary bowl of dal makhni and bread. Catch lee  which is essentially  chicken in oyster sauce   impressed my friend with its fiery taste 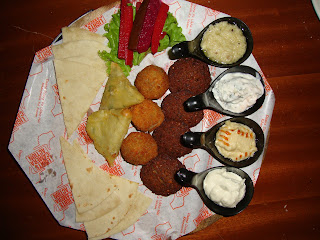 For desserts there was the Oreo rabri cheesecake, which was another successful culinary experiment. However, khudkhushi was what stole the show. Chef Aman conjures up something so fantastic that will have me revisiting the place. It’s a deconstructed version of the tiramisu, with some elements of molecular gastronomy and flavours that ooze from every single ingredient. This one too needs to be savoured and experienced and not just read about. So go ahead and book a table to avoid disappointment in this jam-packed place. 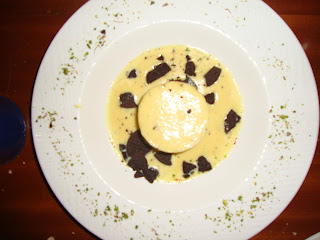 LCA is like a vitamin pill that re-energises, rejuvenates you with its freshness and energy. Chef Aman‘s skills are so impressive that I may just bring him home someday along with the garlic aioli and the Music Cd’s at LCA (the place has an amazing ambience and plays great music but I couldn’t stop raving about the food…so another time).
lights camera action rajouri garden molecular gastronomy delhi restaurants delhi ncr reviews