Summer fun by Summer Champs at Kingdom of dreams

Posted by rosme on June 26, 2015
On this Thursday, 25th June 2015, The Dance Cafe celebrated its summer camp "Matar Gasti" in full spirits inside ShowShaa Theatre at the Kingdom of Dreams, Gurgaon. The Dance Cafe , a premier Dance and Music Company in Gurgaon, with two studios and more than 1500 students excelling in Dance under the expert and highly professionalized Dance and Music trainers . Each year, Dance Cafe founder Ms Kanika Sharma does a summer camp for kids, which includes various fun and learning activities like Dancing, Theatre, Magic , Music, Story Telling etc for kids. She has made a trend of conducting summer camp each year, but with a totally different theme from the previous one. This year it was "Matar Gasti", the name itself takes us back to our childhood memories of total fun and full on Masti. A lot of kids have been a part of this fun and learning Summer Camp. "Matar Gasti"  was divided into three sections of Dance, Magic and Theatre. According to Kanika Sharma each activity of "Matar Gasti" was designed to increase the physical as well as mental alertness of a child. All the three activities focused on improvising teamwork, taught them discipline and helped build confidence amongst the little kids. 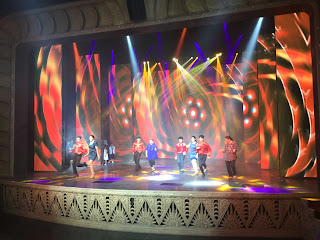 With a total gathering of more than 200 viewers and 50 participants, Dance Cafe celebrated its summer camp finale at the Kingdom of Dreams. The spectacular, energetic flash Mob and a finale act by the DC Crew who are professional dancers and trainers of The Dance Cafe Company enthralled the audience. They mesmerised the viewers with their Bollywood acts which reassured the parents that their children had been in great and talented hands. With more than 10 splendid performances, Dance Cafe gave its audience a full on One and a half hours of nonstop Dance and entertainment."Matar Gasti" started with a spectacular Drums Jugalbandi between the students of Dance Cafe, followed by the mesmerizing Flash Mob performance by the DC Crew. This was just the start and after this, numerous fun and engaging performances followed by the Dance cafe students, especially the theatre act put up by the little kids was a must watch. The powerpacked Bollywood Dance finale was specially choreographed by Kanika Sharma and performed by the DC crew. It simply held the audience spellbound and made the parents joyous! 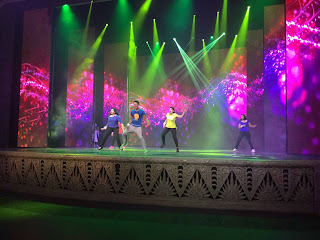