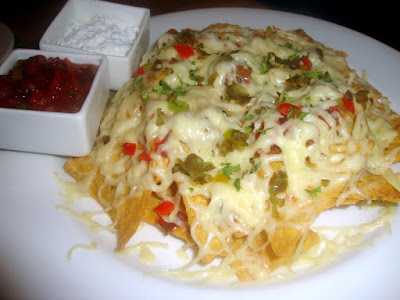 It’s not very often that me and hubs venture out on a weeknight to Delhi but the promise of a live band with some fantabulous food proved impossible to resist. Driving in that chaotic traffic was definitely an uphill task- that too all the way to Rajouri Garden- but it was completely worth it. Ampm Cafe, is one of those hangouts that pioneered the change in the face of Rajouri Garden with it’s swish appeal . The hot weather did not deter people from occupying the alfresco seating and mist fans (with cold beer) did help the cause. We settled ourselves on one of the huge sofas indoors. Outdoor as well as indoor had various seating options including plush sofas, bar stools, with a variety of hookah floating and a live band that belted out some amazing classics. For the sports addicts there was also a large screen displaying the 20-20 match which was on that day. 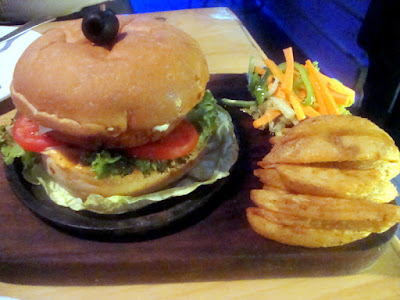 I really wasn’t expecting much variety in terms on food but the menu is extensive. I asked for the Crispy Shitake mushrooms and bamboo shoots and they tasted heavenly. It was tangy, crispy and the shitake lent it an earthy flavour. Next arrived the Greek delicacy Spanokopita, which are basically stuffed filo pastry puff and this one was stuffed with spinach and cheese, which is an irresistible combination for me. The Crunchy corn is a good  low calorie nibblet to accompany the drinks. The burgers seemed to be drawing  a lot of attention and we decided to go for it too. The tropical veggie burger is big and delicious. This is filled with so many ingredients and will take care of the necessary carbohydrate intake on a drinks night.AM PM veggie pizza had the perfect thin crisp crust and was topped with an array of veggies like mushroom , broccoli and my favourite sun dried tomatoes! 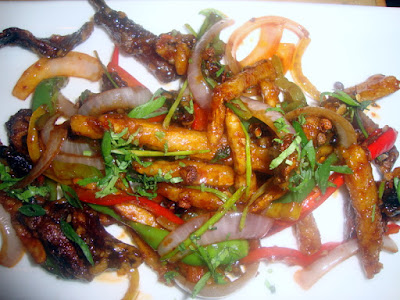 How can any meal end without dessert ?The Blue berry baked yoghurt was fruity, light and very refreshing , a great dessert for summers. My weakness for all things sweet made me dig into the Chocolate marquis despite not being a fan of chocolate. This rich decadent dessert however was to die for ! 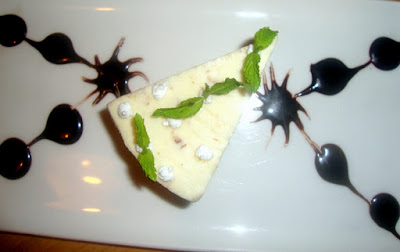