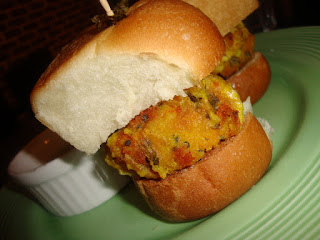 This place is based on the theme of celebrating the fact that Delhi has been majorly influenced by migrants from all over the country/ world through the ages, which in turn is a reflection of the country as a whole. It is these immigrants who have created the idea that is our capital city. Every type of immigrant has merged into the mainstream over time, coexisting and respecting all others- making us who we are. 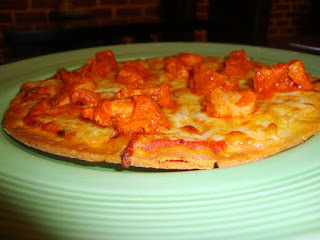 While the place seems pretty nondescript and bare in terms of ambience, there are some bare brick walls and interesting posters, signs and artefacts woven around the concept of immigrants. I did like the prints on the wall as you walk up (the place is on the second floor, which you need to reach in a single long and straight flight of stairs. There some rustic fun elements on the cutlery on the table and the design of the menu- but I don’t want to spoil it for you. 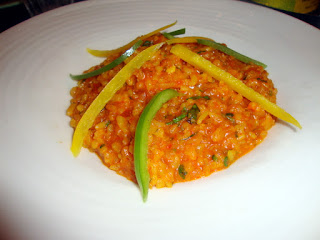 The menu comprises of dishes from various parts of the country and even abroad. I spotted my favourite street snack (courtesy my Mumbai origins) the vada-pav on the menu and that’s what I ordered along with staff ki chai. The feistiness of the vada-pav and the zingy tea was an impressive combination. We tried the veg sampler which had a couple of arancini balls which tasted above par. There were baby potatoes with sriracha sauce which was my favourite stuff on the platter. The mac & cheese on toast was baffling, and failed to appeal to my personal liking. The khichhdi immigrant style was made with Arborio rice. I love the tomatoes, bell peppers and the flavouring of cloves, this was sumptuous and won my heart. The stroganoff was creamy and well-cooked, definitely exceeded my expectations. If you are a pizza fan then the butter chicken pizza is highly recommended. 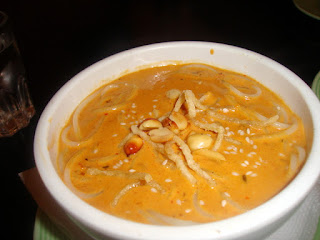 Dessert options were well made and unique. Their liquor laden tiramisu is one of the best in the city and certainly found favour with us. 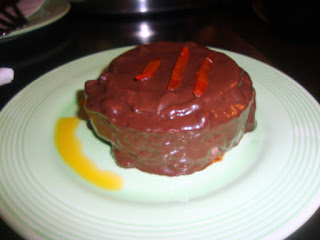