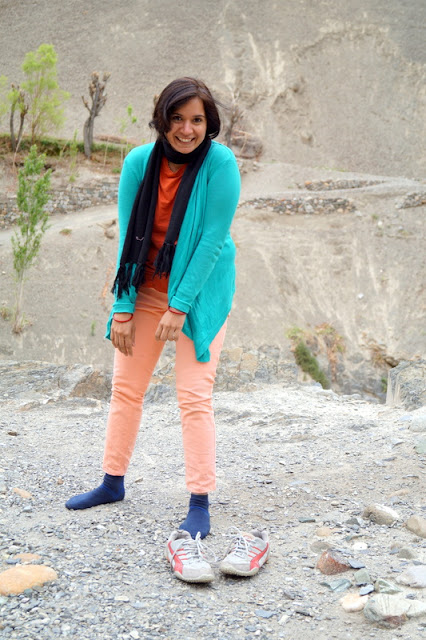 Day 4-It being a Sunday we relished some delicious south Indian fare as is customary in a Fauji mess. My tummy feeling yummy we continued our journey from where we left the previous  day
Around 40 kms from Kargil towards east lies Mulbekh. It’s famous for a historic figure of Buddha that is carved on a giant rock which dates back to 1 b.c. Despite being carved on a plain limestone rock , it carries a palpable aura of splendour and sanctity. As I gazed at the grand sculpture something inside chided me for being so ignorant about the history of my birthplace. The fact that like me there are so many people in India who are unaware of this invaluable piece of history was disheartening. I can never thank Mohammed enough for bringing us to this hallowed ground and apprising us of this beauty. 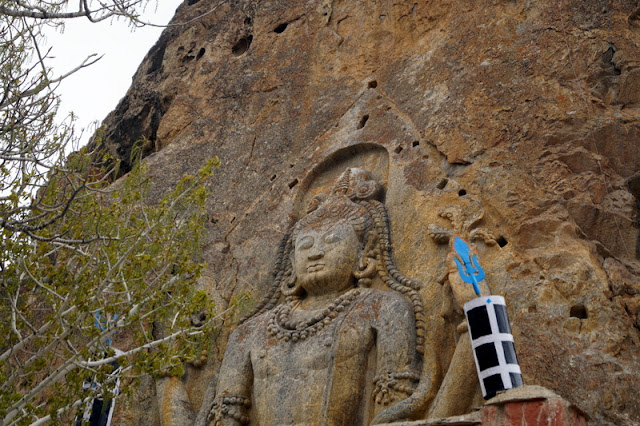 Moving on we stopped enroute at the Lamayuru monastery .This monastery dates to the 11th century and was one of the most renowned ones of its time built by Mahasiddhachrya Naropa. Lamayuru overlooks what the locals call “moonland” since the surface resembles lunar territory. As if the breathtaking views are not enticing enough ,this monastery also houses interesting ancient artifacts,thangkas, murals and sculpture. There was an inner chamber where a monk was reciting his prayers to the rythm of drums. The combination of chanting, incense, ancient altar, and the warmth  compelled me to sit down and meditate. Suddenly something hit me, like a blob of energy which made me shudder for around 5 seconds. And then gradually I felt every cell of my body resonating to that chanting which finally led to that brief moment of no “I “existing, instead the monk, tourists,  deities ,we were all one in perfect unison .The universal rhythm syncopating with my heart beat resulted in a beautiful  melodious silence .Stepping outside we wandered around exploring the ruins of the old monastery, passing by old nuns and monks deeply engrossed in spinning  their prayer wheels. A group of  giggling, boisterous young monks  in their customary maroon robes which sprayed some  colour on the otherwise barren landscape ,passed in pursuit of a vehicle infusing the air with a lot of gaiety. 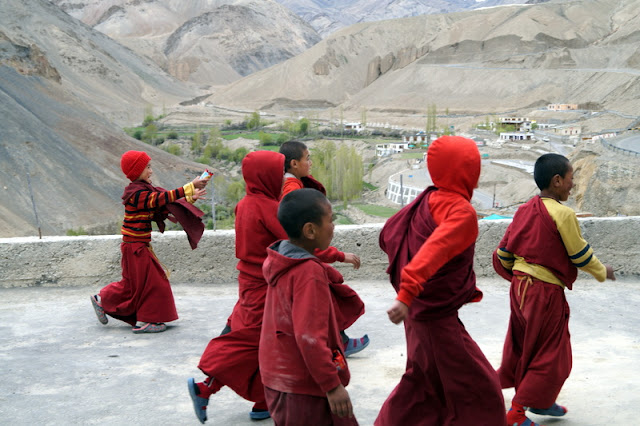 Time for lunch and as usual Mohammed rescued us from this quandary and took us to a  nondescript dhaba which was managed by a couple of blokes from Jammu and served simple Rajma Chawal. The zansakaar  glid behind the Dhaba making it a beautiful spot for photo ops. 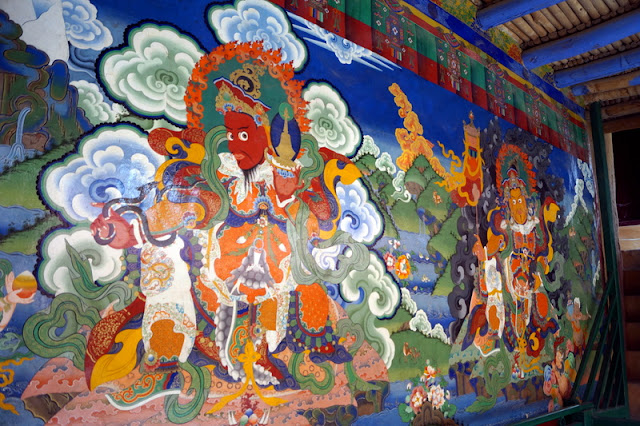 Next stop was the confluence of Zanskaar and Indus and this was one of the most wonderful moments of the trip. My mind flooded with so many beautiful memories of our last trip here 11 years ago.It’s an enchanting sight, the blue of Zanskar blending with the green of Indus  . 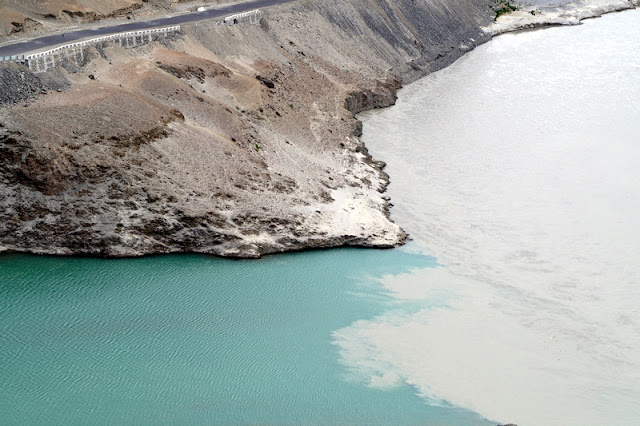 We made our way further to Patther Sahib which is a holy spot since it was graced by Guru Nanak Dev . A boulder was thrown at him which is now enshrined in the gurudwara. The last time we visited Leh it was almost impossible to find Indian food, the  unexpected kadhi chawal  at langar was ambrosia for my soul. I realised we were inching closer to Leh and felt  exultant. 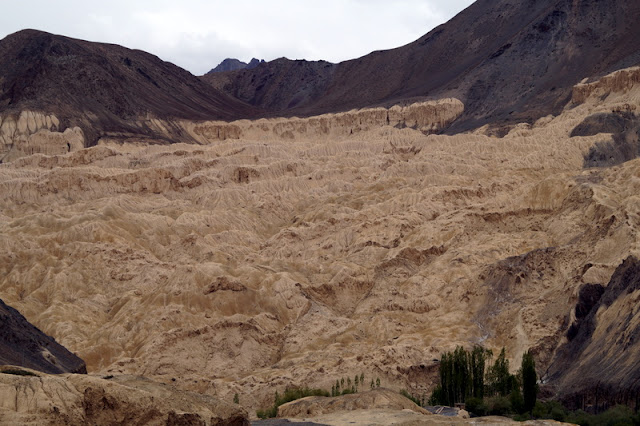 We arrived at Leh and found a place to put for the next 4 nights. Roamed around the streets carelessly as we had done 11 years ago, I drank in the sight. So much had changed. There was a huge mosque now in the marketplace, Kashmiri shop owners, throngs of Indian tourists, restaurants  with multicuisine menus. On our last trip it was impossible to get good desi khana heck one couldn’t even get Chai, but now there were restaurant and cafes catering to the diverse palates of tourists. That night we dined at Summer harvest and tried some authentic Tibetan dishes. The sight of kiosks selling turquoise bracelets drew me in their direction ,but  the  yuppier grander versions that was on display now, somehow failed to excite me .So much had changed, and not all of it was good. 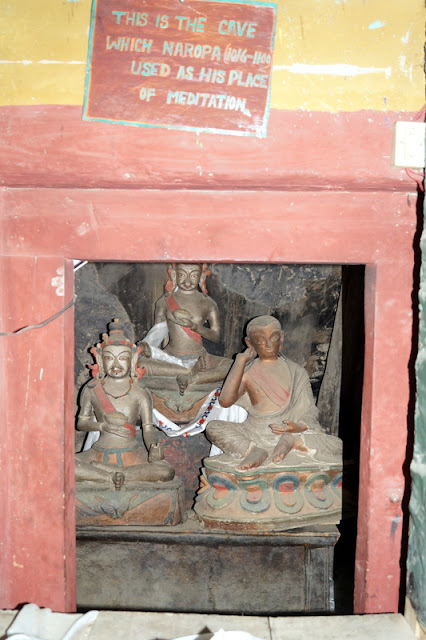 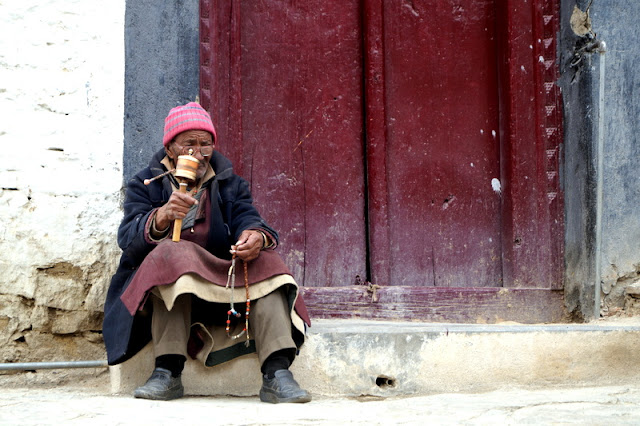 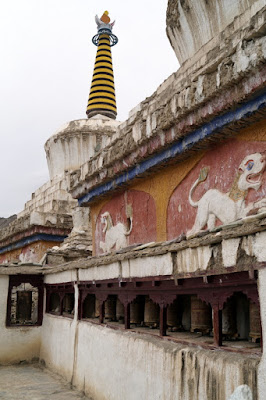 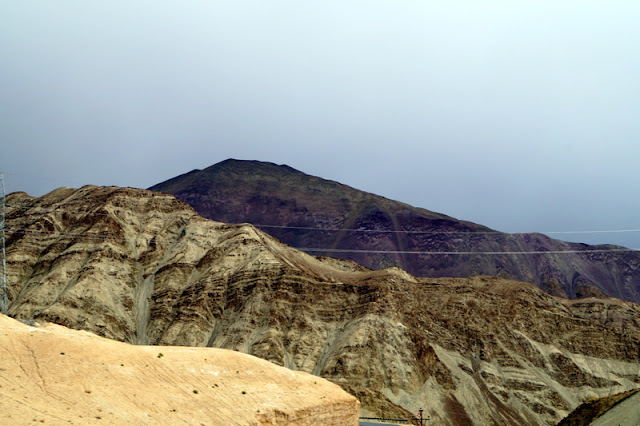 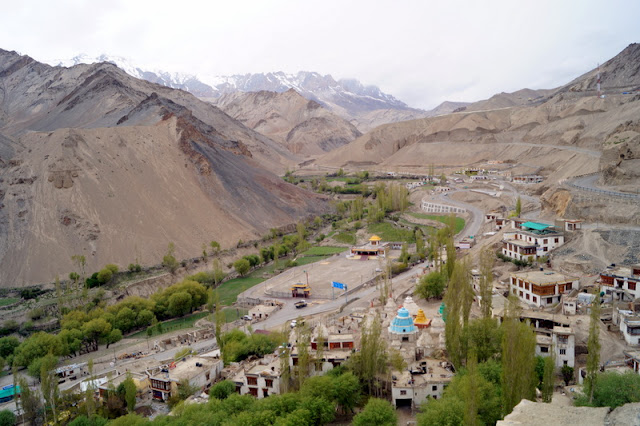 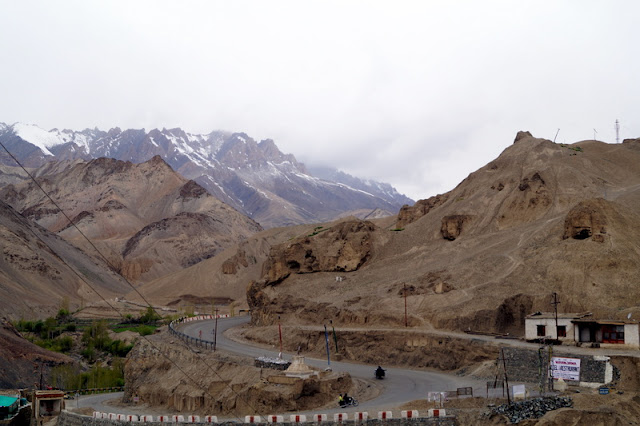 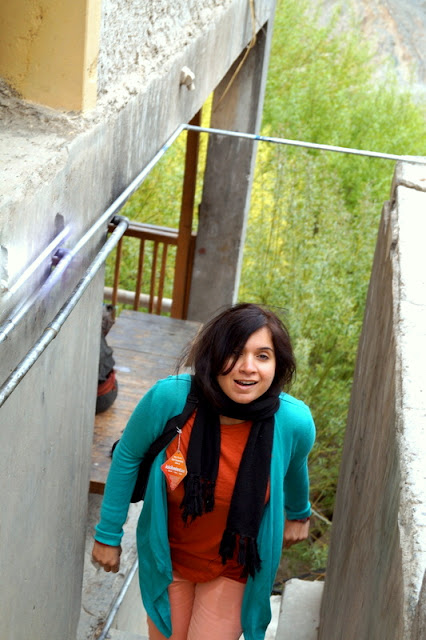