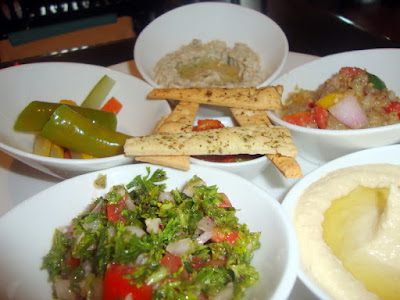 For all those rueing the absence of a good restaurant that serves middle  eastern fare, the wait is over. Situated in Hotel galaxy is Makla which fills this void. With two levels of seating this place is big. Some middle-eastern chandeliers with stained glass chandeliers add an inviting accent to the restaurant. This is not all, to add some pizzazz there’s a gorgeous belly dancer who stuns with not just her looks but also her agility and impeccable dance moves performed every 15 minutes. 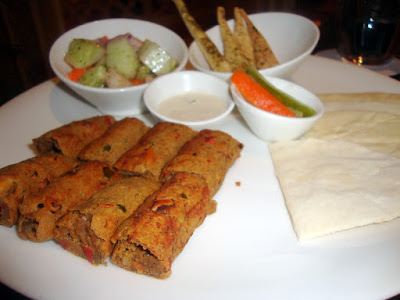 We started off with the mezze platter since that is the mainstay of middle-eastern cuisine,the platter was replete with babaganoush, tabbouleh, falafel and even fresh pita. The pita was thin and the falafels were yummy .We tried Kebab bll tlata filfil which was soft and delectable. The Cypriot favourite halloumi was served with red pepper and made for a good healthy starter. 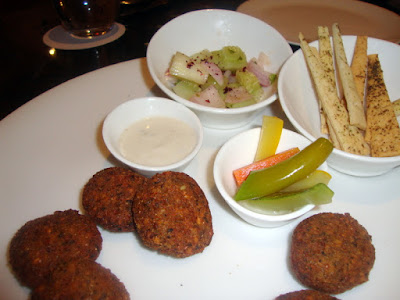 I tried an absolutely stunning starter made with potatoes and bell peppers.The pepper was oozing with juices by virtue of being grilled on charcoal, so much so that I ended up polishing them off my plate. The potatoes were crunchy on the outside and soft on the inside and impressed me hugely.
As for the mains we had mashwi samak brettonie which was charcoal grilled basa and was relished by my friend .I tried the Khudar musshakal which was mixed vegetable stew with chickpeas in and was bursting with flavours. The musakka sadly didn’t quite live up to expectations, the layering was haywire and the eggplant was on the verge of being unpalatable. 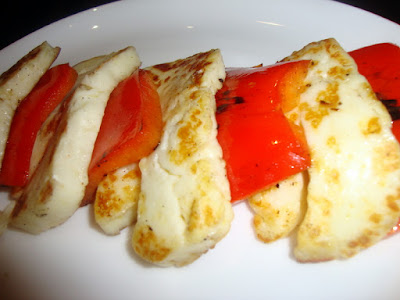 Desserts section in the menu offered a good selection. I opted for The Arabian rice pudding Ruz bil haleeb  which was a cross between a kheer and a phirni and the saffron imparted it some richness.They serve an extremely decadent ice-cream  as well, with berries, dates and figs and this was extremely delicious. 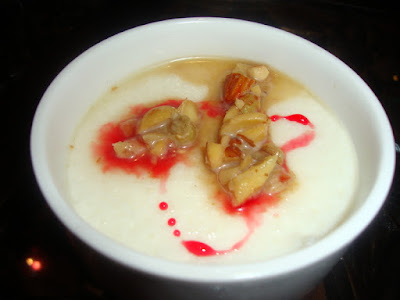 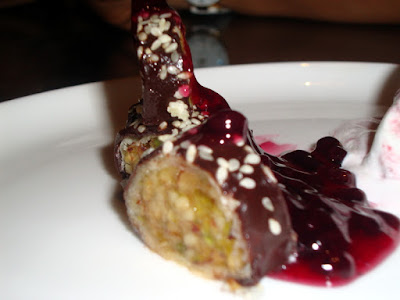