The Kingdom of the Dragon

In 2003, I had a chance to visit Bhutan, commonly known as “The Kingdom of the Dragon", sometime during the middle of March. This trip had always been a part of my bucket-list and one of my long cherished dreams to fly over the Himalayas to this kingdom, about which I had heard so much from one of my Uncle who had worked there earlier.

This trip was off course not for pleasure but a fact finding mission of an upcoming hydro project that was to be developed under a grant from the Austrian Government, where companies from Austria would be involved.

The DRUK Air from Delhi, takes approximately two and half hours to reach Paro, the only airport in Bhutan. DRUK Air is the only Bhutanese airline that flies to Bhutan since the government there does not permit other airlines to operate. Paro is surrounded by mountains from all sides. In the last lap of the air journey to Paro, you would occasionally see monasteries on the mountains, almost parallel to your window, as the aircraft flies in between the mountains. The landing at Paro is one big experience in itself and unless you are a trained pilot, you will not be able to manoeuvre an Airbus 320 through the giddy voids of this mountainous area! 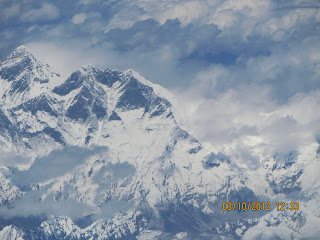 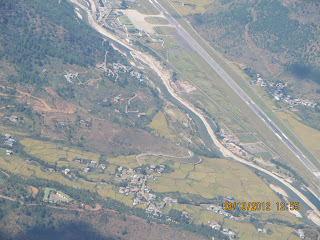 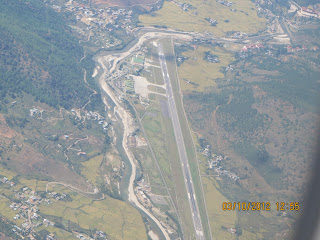 I reached THIMPU, the capital, and immediately set out for a survey. I realized that even in those days there was much of freedom, foresight and investment. There were no televisions in the hotel room, no newspapers and no pubs either.

Thimpu, you could walk from one end to the other (shop cluster & hotels) in fifteen minutes. Apart from DRUK hotel where I had put up, there were two or three others where none of us could have stayed. There was a single duty-free shop in Thimpu where, if you desired for some imported cigarettes or drinks. 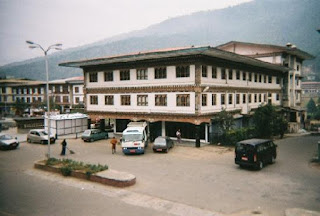 This place was absolutely different by the evening and late evening. It was chilly cold and you could hear the sound of rapidly flowing river, even from your room. It was tranquil and peaceful for me and absolute bliss for any monk.

The present generation of regime in Bhutan, are in favour of vigorous interaction with the modern and progressive world and have transformed Bhutan to a delightful and soughtful destination. Deluxe five Star Hotels, International TV channels, News Forums, Pubs and Discos and all contemporary likes. 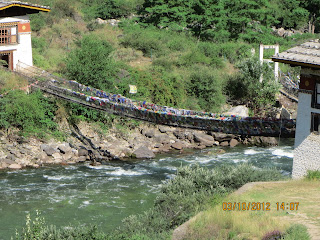 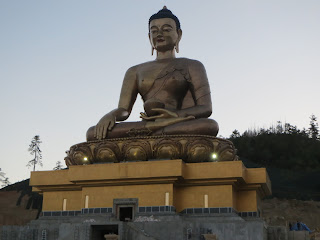 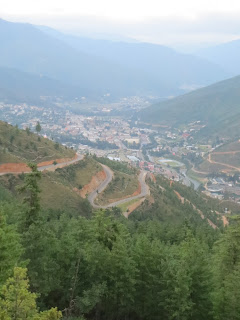 Driving back to Paro for Delhi, cold winds were piercing but the weather did not play spoilt sport. I was enjoying it. I felt one with nature, cut off from the entire world where no one could possibly reach me!

A country of wonderful culture and heritage, I recollect interaction with a monk, a fellow passenger at Paro Airport, who had said “Truth is one, sages call it by various names, we only facilitate, the search for inner purity at our Monasteries”.

Bhutan, the Kingdom of the Dragon, is one of the most tranquil and peaceful places you could visit in today's world for that serenity! A bliss!
Posted by Neelav Samrat De at 2:06 AM