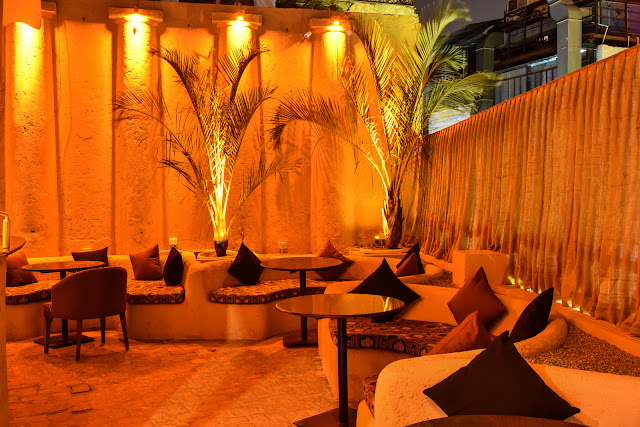 There’s one  more reason to visit HKV now that is to check out this casual dining place - The Village Deck. This joint is located pretty close to the entry of HKV, so on the plus sideyou don’t have to worry about brushing shoulders with too many out of control yuppies. We walked in to find a spacious eatery with double level seating. They have a terrace seating which would be more appropriate when the weather cools down further. Despite that it was jam packed. It also offers a great panoramic view of the bustling surroundings. But for the evening we chose the indoor seating, with its plush sofas on the lower level. My friends were very happy with sufi music being played that night. 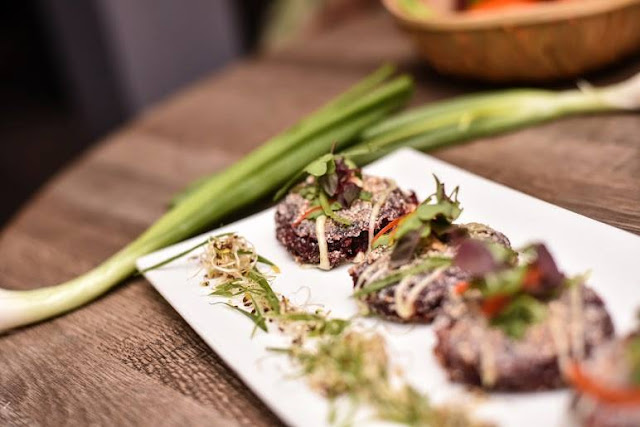 Now coming to the food- it is mainly multi-cuisine with a lot of fusion as well.For starters I tried the veg platter which comprised of the Anari seekh kebab, Veg galouti, Paneer tikka and Tandoori mushrooms. The mushrooms were tangy and juicy , the anari kebab was potent, the galouti was melt-in-the-mouth and the panner tikka was soft and delectable. We were in the mood for some dimsums and asked for the Pokchoy rice flour dumplings. This was a healthy option and the pokchoy still had some bite.The mains got my carnivore friends very excited and had them asking for the lamb shanks in mulberry sauce. They could not have enough of the lamb shanks and went on talking about how it had just the right combination of spices. 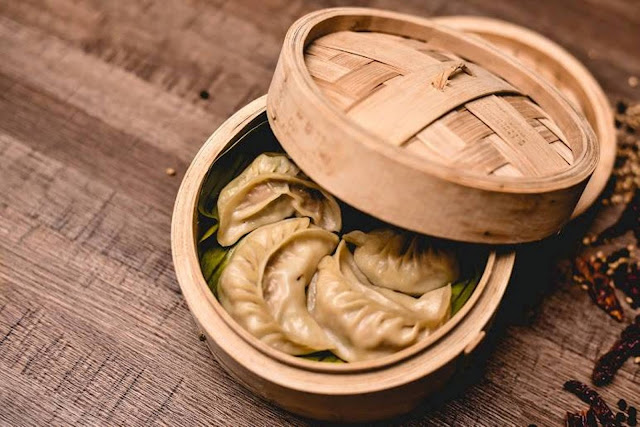 For the herbivore me there was the Pavbhaji which at the village deck  is served in a new avatar. So what came on the plate was ricotta cheese vadas that were tempered with curry leaves and mustard and coated in poppy seedsfor the crunch; all sandwiched between burger buns. This was served alongside the bhaji which was pretty close to authentic. Sadly, they still are working on the menu and thus there were no desserts. 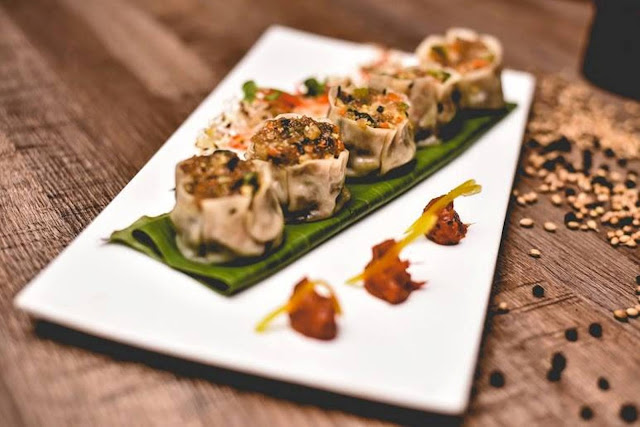 For the time being they seem to be doing a great job here and the village deck definitely has a good future. 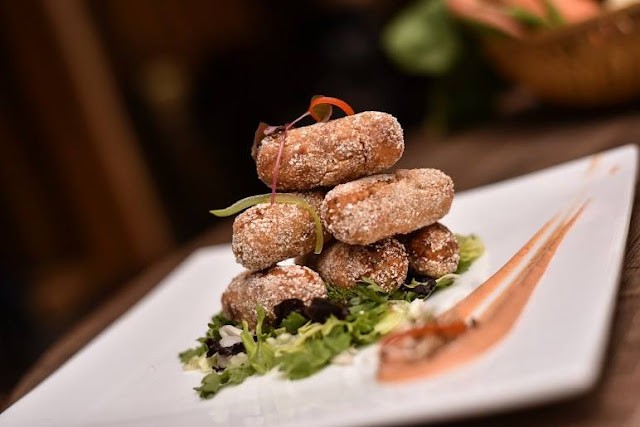