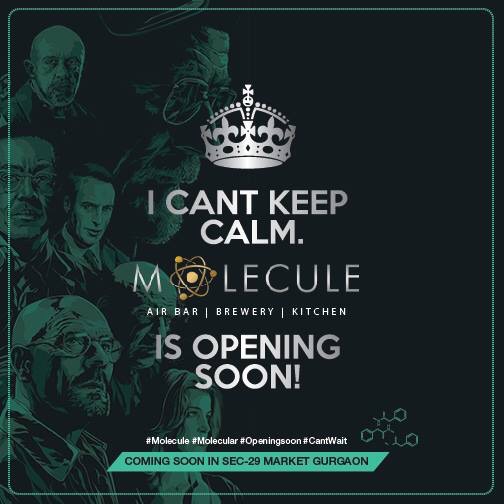 Having had a rather hectic morning and afternoon did not deter me in the evening from meeting my friend and restaurateur Varun Puri . At the same time he along with his partner Manish Sharma let me have a sneak-peak of his latest baby, the soon to be launched resto bar- Molecule. A bright neon sign was the beacon that guided me to this stunning revelation. On the way I was faced with carpenters and workers in a building undergoing renovation and had to walk on uneven surfaces and loads of building material to get to the lift. Moreover, crossing over to meet Varun even after I reached this fabulous joint wasn’t less of an adventure. Such are the perils of venturing into places before they’re done.
Now coming to describing what I saw- the air of the place and its vibes are so promising that one can smell success already. The décor is not just intriguing but spell binding! Clearly it’s not something that has been done before in the millennium city and it’s going to be a hard job for chatty me to keep the suspense. 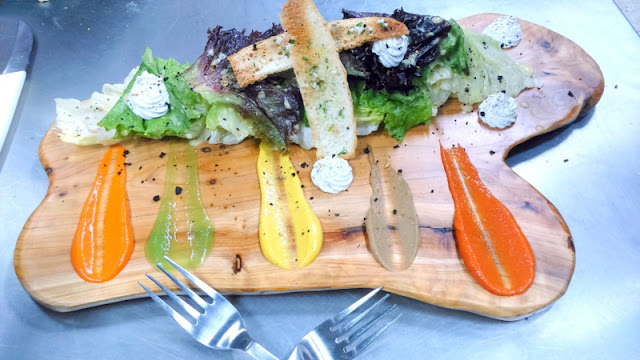 As always food is Varun and Vivek Bhargav's strength and I was happy to meet chef Aman Puri and surprised to see 2 other super talented chefs in their feisty & fiery kitchen. Who these men are... Oh wait! Have patience my darlings. My only giveaway today is going to be- think modern, innovation, molecular gastronomy, avante garde and upcoming- and that should point to the names. It was a privilege to taste the food which is phenomenal. Some classic dishes that have been popular for ages have undergone major transformation in this kitchen which is no less than a laboratory (this place is not named molecule for nothing). And need I add that the chefs are no less than scientists! 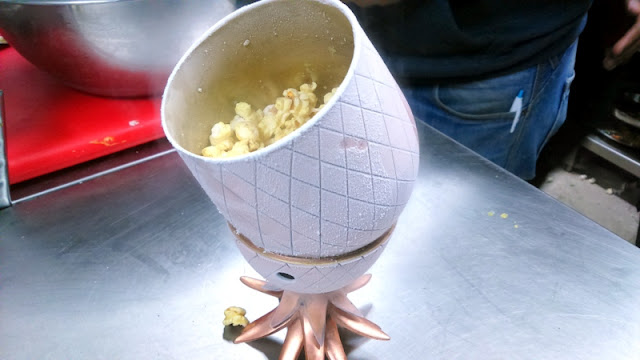 The food will sometimes have you drooling and on other occasions, fuming out of your ears and nose at the same time (now that’s another clue!). Apart from all the pizazz and the crazy stuff there’s still an element of conventionality in this place which is in the form of a nook. While the place is gonna rock the town as a party arena there’s a special corner where I would want my hubby to take me on those special occasions. Overlooking the city, this spot has the ability to refresh and zing up just about anybody no matter how down one felt or how bad one’s day was. 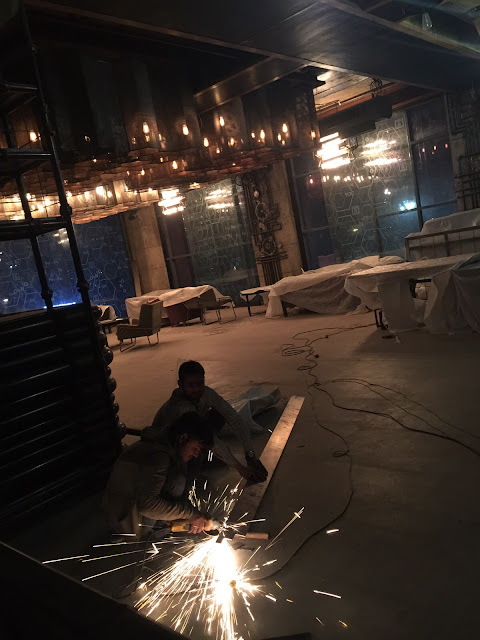 Finally, if you though all this would (and I’d even say deserves to) burn a hole in your pockets, then fear not dear; the value seekers among us- be ready for a pleasant surprise! The prices are lower than most small cafés in town and for beer lovers- you can tipple for as low as Rs69. Now keep Calm and wait for the grand Launch!
Featured molecular gastronomy delhi gurgaon molecule gurgaon