Posted by rosme on March 03, 2016
Like every Indian I grew up on Bollywood- the song and dance, the drama, the filmy dialogues that become a part of our everyday lingo and the loud costumes. While dance was always special to me, late teens saw me digressing to Hollywood and pop music. So I don’t clearly remember the last time Bollywood interested me. Kingdom of Dreams’ long running show Jhumroo which is a Bollywood musical now even gets a film actor to its star cast and he’s none other than the acclaimed Anshuman Jha (remember: Love, Sex aur Dhokha?). 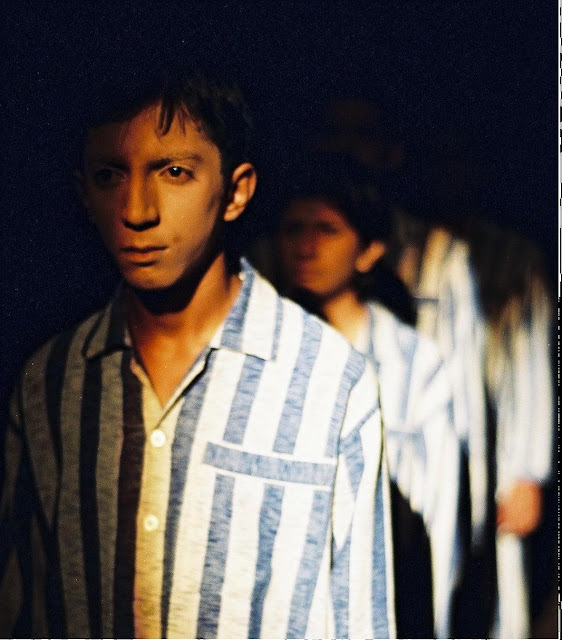 This was his premier performance and he essayed the role of a dreamy goofball, the regular likeable flawed human, to perfection. The show is a tribute to Kishore Da and is about a boy who aspires to sing like his idol Kishore Kumar but can’t manage a single note in tune. To add to is woes he is madly in love with his office colleague who has her heart set on a singer & a reality show contestant. The tale is further twisted by Kishore Da’s involvement in his life and how tries  to win his lady love.
For a self-taught dancer, Anshuman’s movements are effortless and can really break into a mesmerizing jig every now and then. The 2.5 hour long show keeps the audience in splits with its fabulous punches, interesting characters and a solid storyline; of course the impeccable dance sequences are the main highlights of the show. The contrast in the feistiness of Anoop Das with the subdued Bhola makes for an interesting combination that regales the audience. Anoop Das is a livewire, his performance is electrifying and he doesn’t lose his character even for a second; and much of it is right in the middle of the audience.
I caught up with Anshuman Jha and discovered how he 1st performed at a young age of 14 and since then has travelled extensively for work and grown a lot. He’s very confident about Jhumroo as a script since it has soul, fun, frolic, magic, song and dance.  Needless to say this young man was so amicable and down to earth- a quality that always impresses me.
If Jhumroo is anything- it’s filmy! It’s got everything from the naach-gaana to the bhoot-prêt, from iconic characters from Bollywood to the regular hero and a villain (who’s fantastic), emotions and most importantly- soul (also literally). I had a beaming smile on my face for the entire duration of the show and I think that’s solid proof of its entertainment factor. It does bring alive Kishore Da’s magic- so much so that I woke up the next day with a musical hangover and downloaded some of his songs.  A lot of credit to this show can actually be attributed to the background dancers who flawlessly executed that scintillating choreography. Wishing Anshuman Jha and team Jhumroo the very best!
10 things to do in delhi NCr Anshuman Jha Featured Things to do in delhi