Dear Yoga Practitioners,
Its great that yoga has spread far and wide across the land of its origin into the the lands unknown. Such is the reach of yoga that the UN this year adopted a resolution to celebrate 21st of July as Yoga Day every year. We all must congratulate ourselves for making this happen.  But we must also pause and reflect, are we true yogis? Are we living yoga the way it was meant to be? In all honesty no, we are not. The science of yoga that was formulated more than 5000 years ago as a way of life, has largely been reduced  to a tool for body shaping and in some cases a treatment for physical ailments. Most of the practitioners talk about how difficult an asana is or how long can one do head stand and other advanced asasnas. The social media is inundated with selfies and pictures of people twisting their muscles like a contortionist to be a better yogi! 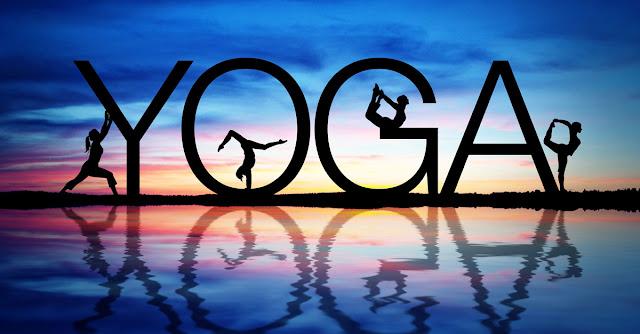 Yes asanas/ physical postures are a part of Yoga but just a part. Muscles straining, twisting and lining up to form postures so difficult that it keeps a  lay man away is NOT yoga. Yoga is not to be practised and perfected but it is to be lived. The great sage Patanjali in his book " Yoga sutras" has described the eight limbs of yoga known as "Ashtang Yoga". They are all but guidelines for us to be better human beings, it provides a framework for us to be morally and ethically correct. Today this is the requirement of the hour. Look around, there is stress and strife, violence, intolerance, religious bigotry everywhere. And always someone else is to be blamed.
There is corruption blame the government of the day, sexual assaults happening across the various stratas of society and age groups blame the society. children neglecting their parents, siblings fighting for property, killing for parking space! But we forget  , the government officials , people in power...all come from our society. We individuals make the society, it is not an entity separate from us! we are the society. If there is a moral decay in the society then it means we are morally corrupt! No amount of policing can solve the problem if the moral fabric of the society in torn apart. My moral fabric, yours too! 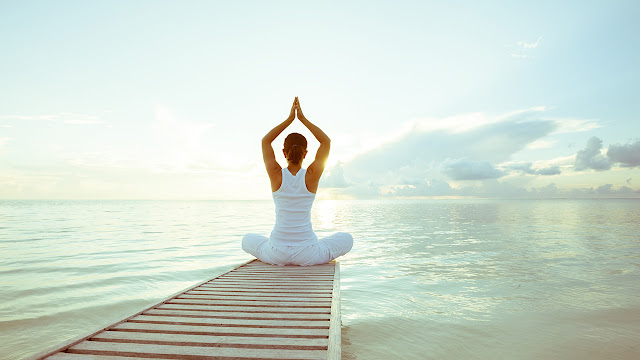 To live yoga in its totality is to live by its principles of non violence, satya, Brahmacharya( which is not only being celibate by the way! dig deeper), aparigraha(absence of greed, non possession).It is to develop swachata not only of the surroundings but of body and soul. To have Santosh(contentment), to engage in swadhyaya(self study), to surrender to your spiritual source. Then comes Asanas.. means to prepare the body for internal practices to follow. These practices are mentioned in Pranayam , the next limb of Ashtang Yoga. This is to strengthen the body as much from inside as from the outside. Then comes Dharna(concentration)..it could be on a word, sound(generally it is AUM), mantra or even an object, take your pick!This is followed by Dhyaan( meditation). This is where the mind stills, pure awareness without any focus. And last but not the least Samadhi..merging of Shiva and Shakti in the Sahasra Chakra, becoming one with the surroundings...pure bliss.
Where is  religion in this? Yoga does not ask where you are coming from, you could be of any colour, caste, creed, religion and still become a Yogi. Imagine if we all were to live by most of these rules if not all, this world would be so compassionate!


It is not too late to start..if not for not ourselves then for the sake of our children let’s try and practise yoga in its totality and bring forth the kind, loving , compassionate and healing part of the humanity. 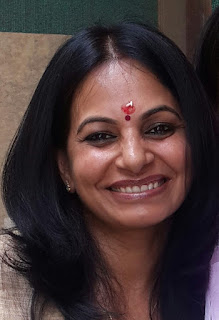 Settled in  Gurgaon for the last 3 years, Sumita is a yoga enthusiast. She firmly believes that each child is a born yogi.Has been practising yoga for the last 5-6 years in Bangalore and Gurgaon . she quit working once her daughter was born. Now she enjoys motherhood along with pursuing hobbies like light music,reading and cooking and of course doing  yoga.

Email ThisBlogThis!Share to TwitterShare to FacebookShare to Pinterest
Labels: Yoga