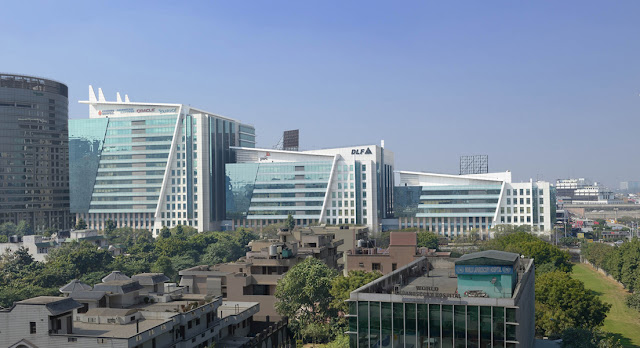 While much has been said about the name change of the Millennium City from Gurgaon to Gurugram, few have given a serious thought to what impact it will have on the city’s branding. One cannot dispute that name change itself is a rather superficial exercise, but is there a potential for rebranding and what will be the immediate effects on the city brand? While some politician did tweet about its being a global brand, a name change has the potential to be an exercise in rebranding the city and should be recognised as such by the administration and the state government as such.
So what was the brand Gurgaon associated with? What started out as a hub for IT and ITES companies has grown too fast with a highly metropolitan community with a plethora of posh urban office and residential areas interspersed with almost ghetto like villages and unplanned construction! The residents and tourists alike have to suffer the bad roads and the infamous traffic at peak hours. Another side of this city is its image as the go to place for restaurants, pubs, breweries and other attractive recreational options, which spurs its own kind of tourism. In recent years the city has also been associated with an increase in the incidents of crime and accidents.
Will the change of name impact the brand substantially? As a recent article in a famous daily confirms from the case of 20 prominent cities that underwent a name change Gurgaon is unlikely to lose its “Mojo”. As the change is to a more traditional and historic name, from which the present name was derived, so one should not be too worried in any case. If we apply the rule of showbiz- even bad publicity is good publicity, so the trolling by twitterati may not be that bad after all. As far as the international brand is concerned, a name change itself does bring a kind of uncertainty and one does loose some amount of brand value. But given that the new name is not that different from the previous one, a clear communication of the historical context will probably even enrich the brand.
As a foreigner pronouncing Gurugram will be easier, thanks to all things *gram. Guru of course is a universally excepted word. So they’ll just pronounce it a little different from the original Sanskrit.

As far as the residents are concerned, some negative perception due to a more traditional name particularly for the party goers and dipsomaniacs should be balanced out by the positive impact on perception wrt safety and security that comes with such a name.
Being the internal optimists that we are, let us assume that the powers that be are planning to bring other positive changes to the millennium city besides just the name. In an effort to make it a smarter city the rhyming with instagram should be exploited- apps should be launched to improve the situation of the citizenry and the delivery on civic amenities. It should also add weight to the positioning of Haryana as an attractive investment destination. One hopes that future actions help combat all the negative stereotypes associated with this city and makes all stakeholders aspire towards a vision of a better life.
Featured Gurgaon gurugram haryana jat agitation khattar government millenium city