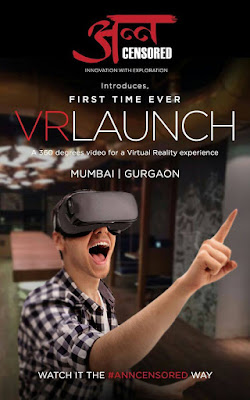 As far as marketing goes ,there’s gimmick and then there’s strategy. One guy who’s nailed conceptualizing strategy with substance is Vivek Bhargava. He brings yet another novel concept to the millennium city and of course this one too is gonna make headlines for all reasons perceivable. Anncensored will make its foray on the F& B scene at Gurgaon and Mumbai. Infact It trended on twitter and ruffled such curiosity and enthusiasm that people could not stop calling for table reservations several days before the launch. Anncensored Gurgaon will open its doors later this month in the already bustling sec 29 market. The location is amazing , so that will ensure footfall already. But unlike other restauranteurs, thankfully the guys at Anncensored really put in their heart and soul. 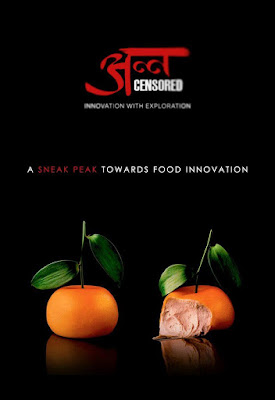 The ambience is very laidback, an interesting low level seating is the perfect place to unwind with your friends. For those who prefer conventional stuff ,there are the usual sofas and chairs. It will have the ubiquitous micro brewery like most places but what sets it apart is the food. A mind boggling menu that features a censored and an anncensored menu, will definitely leave you asking for more. The food will confuse you by its appearance, and mesmerize you with its flavours. Food, ambience , beer all sorted what’s next. It’s the high profile launch and an astounding concept awaits us here. 2016 is the year of virtual reality and that is how this place will be revealed to a select few. So buckle up for the 1st ever virtual reality launch later this month. To pique curiosity further fitness and food enthusiast get to cycle their way on an interesting bicycle that works on energy transformation. Others receive a 3D invite and there's more quirky stuff in the form of a surprise that will connect people across the city. For me however Virtual is not enough and you will see me at Anncensored the day it opens.
Featured