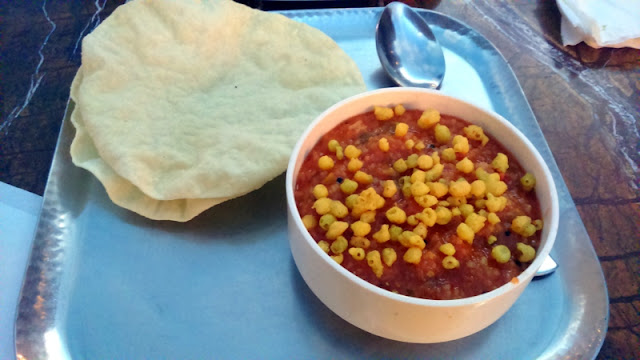 Karnataka cuisine is inspired form its neighbours and unlike other south Indian cuisines this one has more to offer than just rice based dishes. It’s spicier than its other counterparts and  encompasses various cooking techniques that result in lip smacking fare. To savour this cuisine in unadulterated glory culture gully is the place to  be. 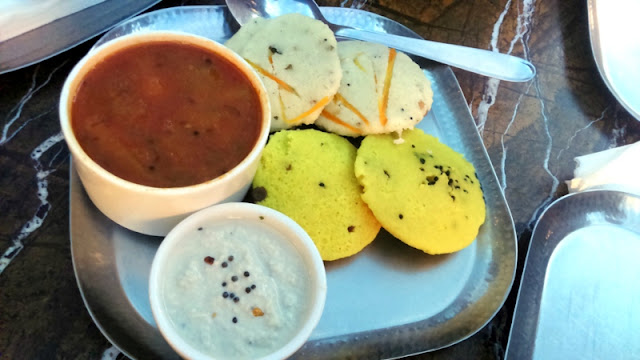 We started off with my favourite Kannada delicacy,Bisi Bele Bhat- south Indian khichdi as I jestfully call it. However it is much more than that. Rice cooked with dal and some tamarind to impart the tang, whole spices that raise the flavours by several notches , tempered with curry leaves and finally garnished with bundi which make every bite a slightly crunchy affair. For those who love their snacks fried there are 2 types of vadas to choose from, Masala Vada – coarsely ground dal tempered with mustard seeds and fried into crispy balls of sinful indulgence. I chose the savoury donut shaped Medu Vada , which were cooked to perfection in all its crispy glory. Chennai ‘s temple speciality Kanjivaram Idli is available at the karnataka kiosk for some unfathomable reason, not that I am complaining. What we had were delightfully  steamed discs seasoned with curry leaves and mustard seeds. 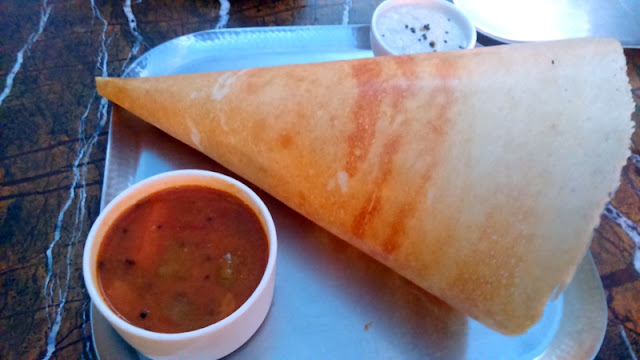 My hubby who loves dosa opted for the Rawa Masala Dosa his favourite  which left him impressed. The sambar that came was thankfully close to authentic and not the usual extremely sour imly broth that is otherwise passed off as sambar in this city.
This place is  definitely worth repeating!
Where- Karnataka, Culture Gully , Kingdom Of dreams, Gurgaon.