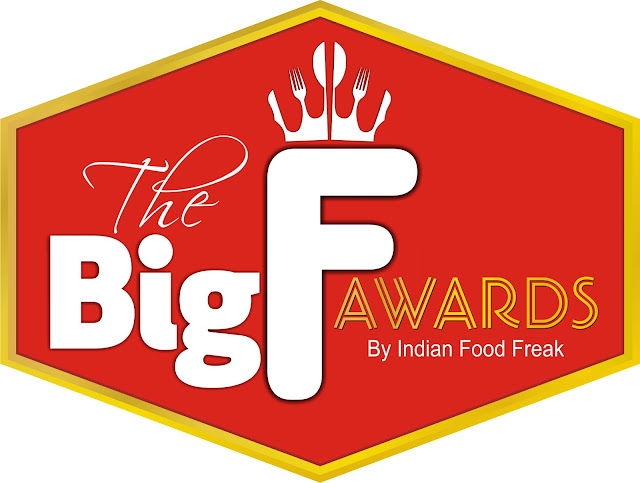 May 4th 2016: It’s back, it’s back, it’s back…the third edition of Gurgaon’s biggest and most popular Food Awards - The Big F Awards” Gurgaon 2016 as conceived and organised by Indian Food Freak (www.indianfoodfreak.com)- has just been announced! This first of its kind “Gurgaon-Centric” food awards has established the benchmark for this millennium city as the most exciting food destination across Delhi-NCR. The audience food awards which are results of popular choice by the esteemed members of Indian Food Freak and its sister group Gurgaon Food Freak (https://www.facebook.com/groups/GurgaonFoodFreak/), will also have some of the luminaries of the food industry as the jury. The jury consists of acclaimed chefs, Kunal Kapoor, Chef Manjit Gill, and Chef Saby Gorai; while the critics include food historian, Osama Jalali, well known critic Rinku Madan and the founder of The Big F Awards, Indian Food Freak and Gurgaon Food Freak, Pawan Soni. Nominations are now open for The Big F Awards, which will be celebrating the experiences of eating out and cooking in! (Food Lovers). We They will be saluting those who raise the standards in the culinary field! (Food Creators). And we will besides also be recognising the unsung marketers who create big brands, all behind the scenes (Marketing/Communications). All candidates will can fill up the nomination forms put up on The Big F Awards microsite. The deadline for entries is the 10th of May 2016. The Jjury will shortlist upto 8 contenders for each category, and awards will be given in two categories: Popular Choice – The nominated contenders will be put up on our the web site, Indian Food Freak, as well as the FB group, Gurgaon Food Freak. – For each category, general public will be invited to vote with only 1 vote allowed for every category. – Public voting will end on 15th July 2016. Any ties will remain so, and joint winners will be announced. – The final winners will be vetted by the jury for the final selection. Jury’s Choice – Jury will select their own winners in each category, with each jury member having one vote. – Any ties will be decided after debate and discussions. There may be a joint award in case of no decision 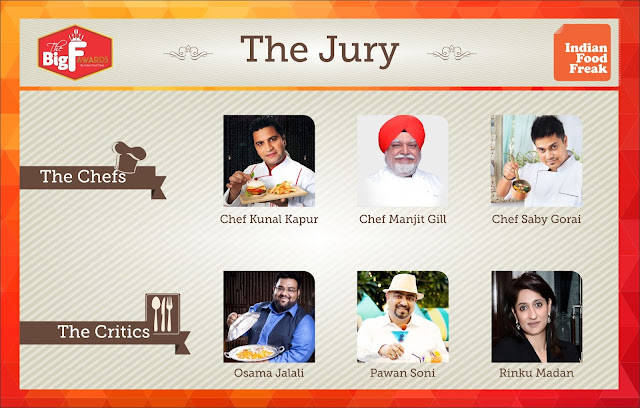 Awards will be given out at a gala award ceremony at The Westin, Gurgaon, on the 4th of August, 2016. Pawan Soni, Founder and CEO of Indian Food Freak and The Big F Awards, throws further light on the awards, “In our third edition, we are keen to raise the benchmarks and bring out the best that Gurgaon has to offer. There are new categories that have come up like Food Trucks, Online Food Portals, Home Bakers etc. In the past few years, Gurgaon has become a destination for food lovers, food creators as well as some of the best brands. It is truly a cosmopolitan city and this is reflected in the food choices and innovation that is happening in this industry. I am delighted that we can honour and support those who have worked in creating this distinction for Gurgaon.”
Posted by rosme at 11:59 PM