Posted by Neelav Samrat De on June 28, 2016
Some interesting facts and figures have emerged for 750 cities of the world and how they will be like, by 2030. This emerging urban landscape has being in focus by researchers because there is an exodus expected in the population shift to these areas in larger concentration, mainly as the world goes more hi-tech and opportunities for a livelihood will increase over 65% in these urban areas. Also, the other fact that has come to surface is that the urban space is set to expand further into rural areas, again driven by technological needs and advancements. Here’s a look.

These populated urban areas, by 2030, will have a spending power of USD 40 trillion, accounting to 55% of the world’s total consumer spends! That definitely means the urban space will be the biggest spender and the largest consumer of the world in the next 15 years.

The world’s urban landscape GDP will be a staggering USD 80 trillion accounting for 61% of the total GDP while the rest 39% will be from rural areas. In this article, the rest would mean the world without the 750 cities and otherwise this would also explicitly mean that the world would be economically driven by the 750 cities!

The next thing that comes after seeing this impending shift in demographics, we want to know what it is like today and how it is going there. 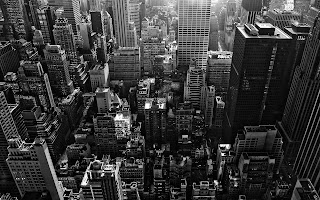 Between now and 2030, there is an expected shift of 450 million people from the rest of the world to these 750 cities with an increased consumer spending of USD 18 trillion. People will spend approximately USD 1.7 trillion more on cars and eating out. To adjust to this expected change, 260 million new homes will be needed while 540 million square of office area will add on to the infrastructure!

The cities expected to become one of the major economic urban hubs by 2030 would like Chinese cities like Chengdu, Hangzhou and Wuhan while India’s Delhi and Mumbai will add more lard to their infrastructure. Bangladesh’s capital city Dhaka will see to be more promising than these top Indian cities in that year!

Chinese cities will be at the heart of a radical shift in the urban centre of economic gravity by 2030. In fact the entire shift in global urban landscape will be led by Chinese cities, which today, are smaller in every sense. But by 2030, the aggregate GDP of China’s largest 150 cities will overtake Europe’s 139 largest cities as early as 2016 and North America’s largest 58 cities in 2022! In the entire global study on this subject, only Delhi and Mumbai feature as likely cities to show a growth in their GDP and urbanization.

Tokyo, New York and London which are the top 3 urban cities today will surprisingly continue to remain in the top in 2030 in terms of high-income households. No Indian cities exist in the top 50 income-household rankings today nor are expected to climb to the top by 2030! Sad but true! This could be mainly attributed to India’s inherent tendency of bureaucracy, red-tapism and skulduggery!