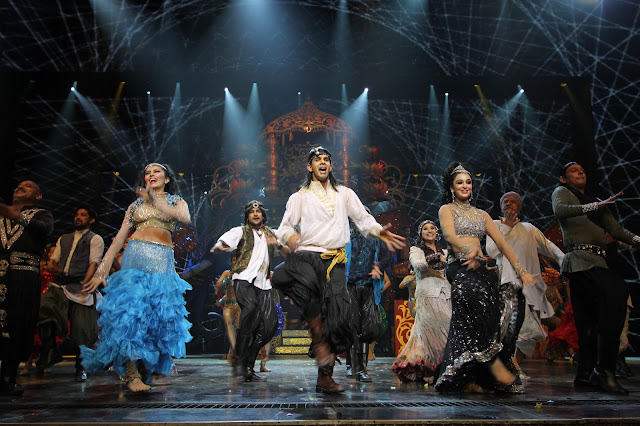 Press Release: Zangoora the one and only and iconic Bollywood musical on stage completed a magnificent run of 2000 shows at Kingdom of Dreams this afternoon. The supremely popular and longest running Bollywood musical on stage has continued to weave its magic and enthrall the viewers since its glittering launch in 2010. The endearing story of the royal prince lost in childhood and brought up amongst gypsies to grow up into a handsome heartbreaker, favoured by the beautiful belles of the community, continues its magical hold on the visitors to Kingdom of Dreams, India’s uber leisure and live entertainment destination.
The enthralling musical, the world’s biggest and longest running Bollywood show on stage, has established itself as the piece-de-resistance in the world of live entertainment, for a viewer looking to experience the magic and sheer energy of Bollywood, live on stage, in a cinematic format. The music is captivating, the story charming and the vitality of the dancers unbelievable. The actors charm and the dancers stun with their gravity defying leaps and sheer joi-de-vivre. Great music, opulent costumes and mesmerising special effects elevate the extravagantly styled, snazzy theatrical, leaving the breathless audience applauding and asking for more. 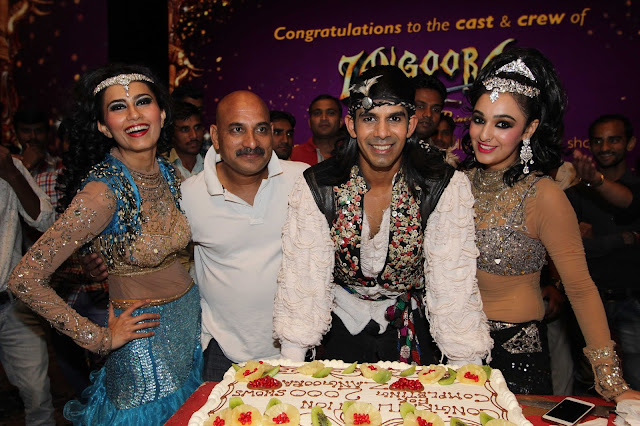 Over the years, since its stupendous launch in the year 2010, Zangoora, the Gypsy Prince has entertained Royalty, Corporate Czars, Entertainment Moguls, Bollywood Stars, Political bigwigs and various maestros from different walks of life.  Stephen Wynn, the luminary of the entertainment world, credited with building Las Vegas has said, “The energy, enthusiasm and gusto in Zangoora are so powerful. The live musical is great value for entertainment for the audience.” Shekhar Kapur, the internationally renowned Filmmaker and Director expressed “The live wire acts in Zangoora, the sets, the way the lighting is...this is something very new for the audience”. Bollywood Superstar Ranbir Kapoor was blown away by the sheer spectacle on stage and said, “Zangoora is very impactful and is so rich in culture and reminds me of shows in Vegas.”

Viraf Sarkari, Director Kingdom of Dreams expressed his emotions, “This occasion of Zangoora completing non-stop 2000 shows and 6 years is a dream come true for me. It is a magnificent day for us at KOD and I offer my deepest thanks and gratitude to all the actors, dancers, crew and the teams of Zangoora who have helped stage it every day. I wish to let them know that it is a victory for each one of them and their dedication and hard work in overcoming all odds and putting up the show each day tirelessly. I salute you all!!”
Mr. Anumod Gagan Sharma, Managing Director of Kingdom of Dreams, said, “Zangoora, the Gypsy Prince was our cherished vision for creating an International Broadway style entertainment for the Indian viewers. We have now crossed non-stop 2000 shows and this spectacular achievement is a dream come true for us. Today I feel that we have been on the right path to entertain and delight our audiences and we hope to continue with its dream run.”
As the curtains came down on this milestone show the audience erupted as in one with a standing ovation and loud cat calls! There was revelry in aisles with the viewers matching their steps with the dancers in their midst. Indeed a moment where euphoria ruled and every one of the viewers felt rejuvenated!
Written by the legendary Javed Akhtar and with music by Shankar Ehsaan Loy, Zangoora is an enchanting blend of song, music and creativity which has enthralled visitors from across the globe and made Indians proud. The sheer spectacle, ecstasy and beauty of Zangoora has won millions of hearts globally and continues to weave its web of magic amongst enthralled viewers!
The Core Team