For those of you who thought Instagram, Facebook and Snapchat were just a waste of time, think again. Meet Jeremy Jauncey- a tech entrepreneur and big boss at Beautiful Destinations. His claim to fame is his leadership in travel destinations related content in terms of followers on Instagram, Facebook and Snapchat. So if you have 11 million people from 180 countries with you mean business. Jeremy has used his influencer status to build Beautiful Destinations into an award winning creative agency in the travel and lifestyle space. Being a passionate traveller and explorer really helps and Jeremy has made it his mission to enable destinations and people bringing to life some great experiences through his social following. He shares these stories from around the world creating visual brilliance and at the same time spreading the goodwill about our little planet.
Jeremy believes in social first content which has created some engaging themes for brands like Marriot International, Airbnb, the Philippines Tourism Board and many more. Moreover he has bought together a great team that delivers A-level content that goes on to generate returns on investment via social media. No wonder that the company has been awarded and featured on big names like The New York Post, The Guardian, Forbes, etc.

24th Of October, 2016, saw ITC Hotels and The Luxary Collection teaming up with Beautiful Destinations to do something really great on the social media front. The #IndiaInstameet involves getting 20 of social media’s highly influential content specialists and getting them to showcase the experience of India’s golden triangle of New Delhi, Jaipur and Agra. In all these social influencers have 40 million followers. So hope you’ve caught some of these social first photos and videos, and if not it already.

For Jeremy all this started when he moved from Scotland to New Zealand for his rugby career. This triggered the wanderlust in him and life became all about exploring more of this beautiful planet. He started with working for the European arm of one of the world’s major ecommerce and rewards programs and went on to grow it to 300 employees and raised over 50 million USD in venture funding.

He has gone on to be a serial entrepreneur and investor with many successes under his belt like the health platform Tictrac, private jet charter application  Fly Victor and photo sharing apVhoto, which was acquired by Hulu. His other achievements include being on the Board of Entrepreneur’s Org UK, ambassador for UK entrepreneurship in the UK Trade and Investment’s Global Entrepreneur Prograp (GEP) and he is also a fellow of the British American Project. All this at such a young age- truly inspiring! All pics courtesy @jeremyjauncey 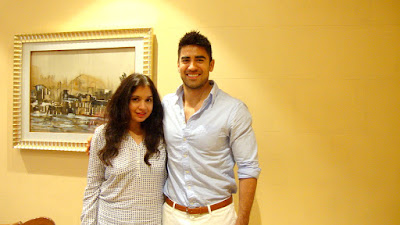