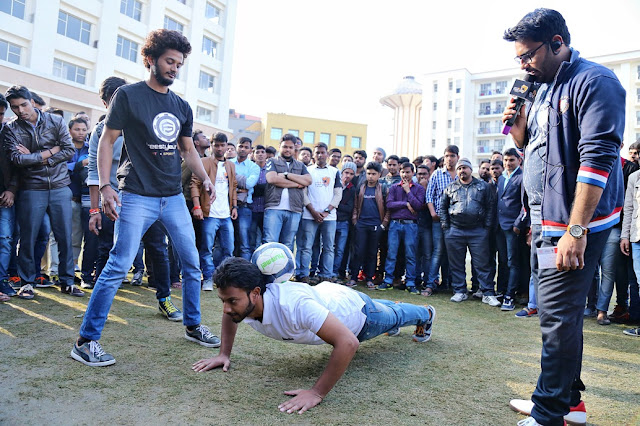 Now haven’t we all felt that Cricket is hogging too much of the limelight as far as sports are concerned and we as a society should come together to encourage other sports and bring achievers in other sports to the same level as cricketers. Also, given the fast lives we have everyone wants to play watch and be a part of shorter formats akin to the T 20 in cricket. We here’s an event which brings these two thoughts together and delivers a real grand slam for NCR sport lovers. 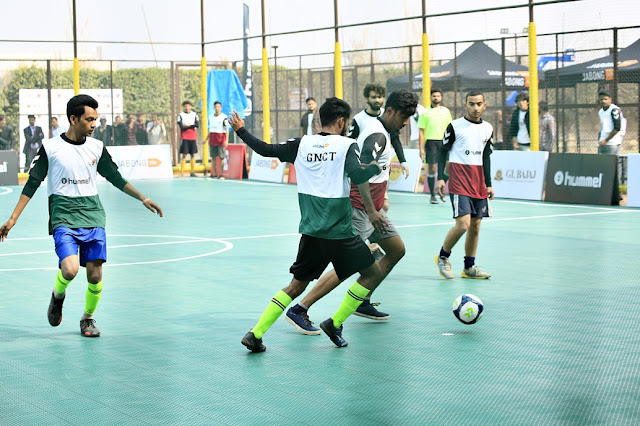 January 27th and 28th this year saw just such a tournament which was a 5-a-side football tournament between 16 colleges of various universities in NCR. It’s called the “Jabong Turf War”. The tournament was held at G.L. Bajaj Institute of Technology and Management (GLBITM), Greater Noida. The participating universities included Amity, Sharda University, Greater Noida Institute of Technology and so on.
The format of the game made it really exciting with 4 players in the outfield and one goalkeeper, a smaller ground and lesser duration than the whole 90 min, the game was definitely more exciting that a T 20 match. The field is enclosed with a barrier unlike the normal game so no outsides. It actually made it look like a boxing arena and enhanced the whole energy of the game. 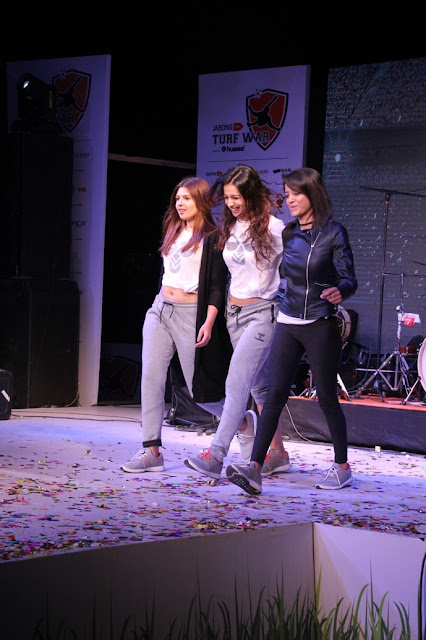 This was the second season of this fantabulous tournament and the winners were Sharda University! They took home the trophy and a cash prize of Rs 25,000/-. The finals saw the Greater Noida Institute of Technology go down 10-0; can you believe that? Anupam Vishwarma of the winning side was chosen Player of the Tournament which won him a whopping Rs. 10,000/-.
MTV VJ Clince Varghese was the emcee at the event. Former MTV VJ Sophie Choudry who’s also a film actress, singer, model and TV presenter among other things, graced the event along with celebrities that included past contestants of MTV Roadies and Splitsvilla, Martina Thariyan and Shreeradhe Khanduja and Benafsha. 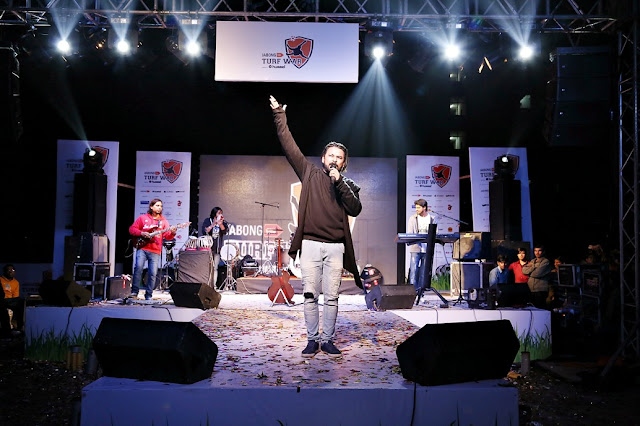 The corwd also got to witness a fashion show that was sponsored by premium denim brand GAS.  The participants got to win GAS jeans and other goodies every now and then. The crowd was really engaged with all the games and quizzes. The two days carnival that this tournament was enthralled everyone via captivating performances by rock band Swarrveda and award-winning DJ Varun Dayal.