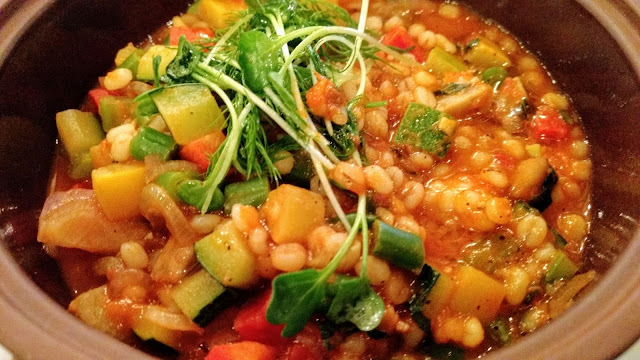 Imagine walking into an Italian restaurant in the capital city that offers food from 2 different regions of Italy and that too authentic. Well that's the latest addition to the menu at  highly acclaimed La piazza with Chef Ivan  Chieregatti  from Milan and Chef  Alessandro Sandrolini from Milan .The inspiration is good old homecooking- food that they grew up eating which is traditional but has been tempered with a slight twist. 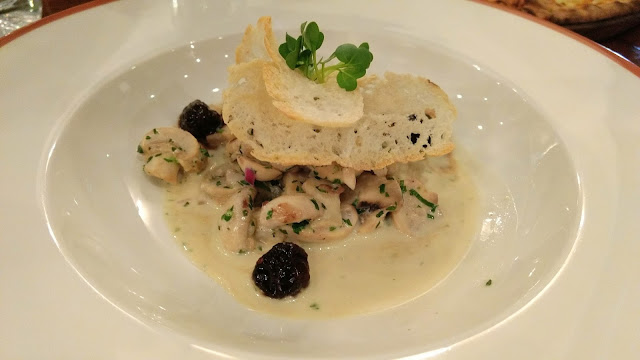 The result is spectacular as well as delicious.Thankfully there was a lot of food for herbivores like me, starting with the Warm Mushroom salad that sounded perfect on a winter afternoon-softly cooked mushrooms drenched in butter sprinkled with goat cheese and croutons for that crunch , all of this just blended beautifully.They bake their own Focaccia and it was so good that even the chef confessed he had been indulging in it way too much and  that is the reason behind his err slight  weight gain. 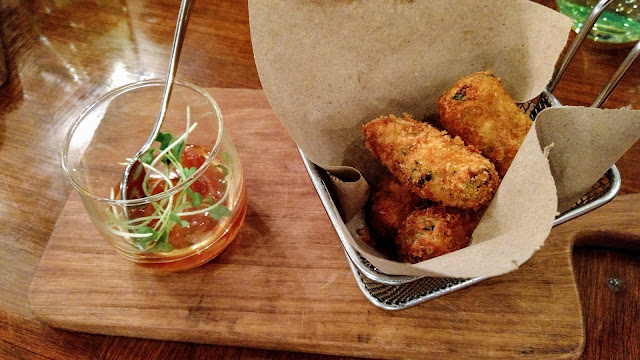 Spinach and ricotta croquettes were an interesting fried snack but what had me raving was the homemade pear mustard. It's made with fruits marinated for 24 hours with sugar and a secret spice mix ,well this one I could not stop licking off the spoon. The vegetarian casserole epitomizes comfort food and combines taste with health. A hearty combination of barley, vegetables this one has so many different textures and flavours that please both the heart and the palate at various levels. If there was a vote for the most outstanding dish that afternoon it would unanimously be won by the Eggplant cannelloni.  Eggplant is one vegetable that tastes insipid in most Indian recipes but for some reason ends up delicious in its Italian and other foreign avatars.This one was creamy , and came studded with tomato chunks that added just the right bit of tang. 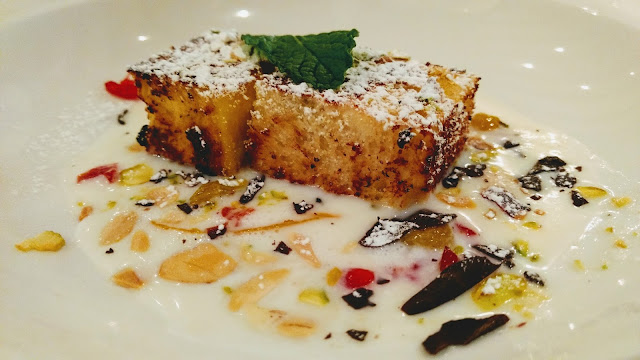 Dessert was  Meneghina alla Piastra that's traditionally made with left over bread but this was LaPaizza and it had to be more than just a regular  pastry. So this beauty arrived dressed in custard and some Grand Marnier, a befitting end to our glorious meal
Where- La Piazza, Hyatt Regency ,Bhikaji Cama Place , New Delhi 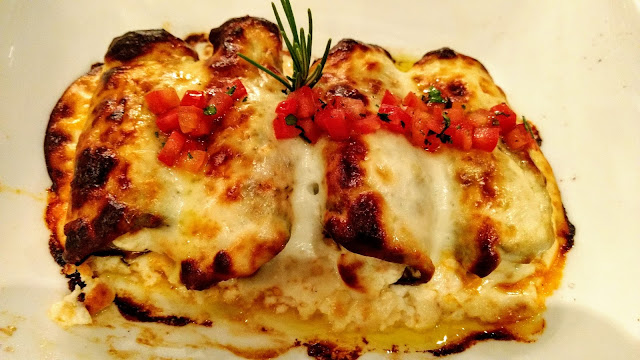