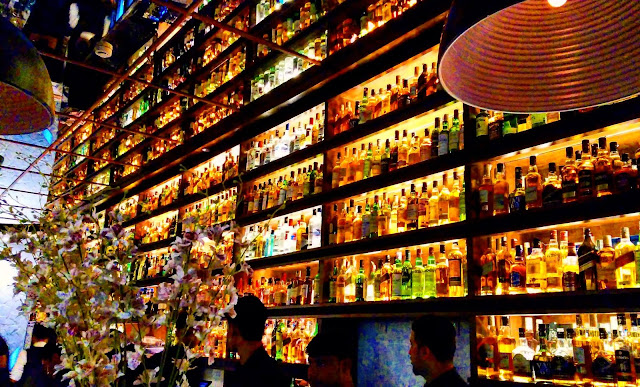 Talking of judicial activity in our great nation, every legal case takes years of running to courts. Then there are changing solicitors and even after wasting tonnes money we finally get a verdict that may be skewed. The result is that there is practically no faith in the Indian Judiciary system at all.

The latest judicial activity to ruffle many of our collective feathers is the SC ban on restaurants/hotels/vendors selling liquor within 500 m of highways (let’s leave the ban on sale of BS-III vehicles is for another day). Who in their right state of mind came up with this completely illogical idea that a person who wants to drink cannot drive a few meters more to procure alcohol. How does this curtail drunk driving or will lead to decrease in accidents caused by the same is beyond my imagination.

A Case in point was this incident involving a friend of mine recently who was killed in a car accident and needless to say it was caused by a drunk driver. His pubescent daughter went mum and his 5 year old son is still waiting for his father to come back home. The killer however is partying freely and why? Because the investigations were shoddy, the wife was threatened to withdraw the case. Instead of implementing stringent laws to curb this menace all the respectable SC could come up with was this ban? What will deter people from drinking in the confines of their home and driving, or drinking 510 mtrs away from the highway and manning the wheel after? There has to be strict and timely punishment for people found guilty instead of making people wait for decades to get justice and allowing the accused plenty of time to save himself. And this is not just limited to the likes of Salman Khan and a particular Mr Nanda. Justice is not just delayed but also wholly denied.

Corrupt State Machinery- When this matter was pending in courts why all these licenses were issued?  With the latest verdict, the same bureaucrats will mint some more money to find out ways to bend the rules and still allow everyone to function as normal. So why not tighten the leash on the state machinery first instead of targeting businesses that generate employment and pay their due taxes. Even as I write this, state officials in some state are busy denotifying highways and notifying them as district roads to allow the liquor business to thrive.

Unemployment- The restaurant industry employs around 6 million its contribution to GDP was at an estimated 2.1% by 2021. To make India shine again we need these numbers to either sustain or grow- but the ban will bring it down drastically. It's not just the staff employed in restaurants/hotels, it will have a domino effect on other industries too viz meat/dairy/vegetable suppliers and even IT professionals.

Tax Revenues- We are staring at 65000 crore loss in taxes if this is implemented- that too at a time when we are on the verge of moving to the #GST regime. This is the money needed to build roads, hospitals, schools- provide the infrastructure that our country lacks even after 70 years of independence!

What we need are honest policemen who conduct timely and fair investigations, functional courts that ensure punishment is meted out to the guilty on time- this will curb drunk driving. As of now, with the denotification of highways the ban has only led to the mockery of the biggest court of the country. Perhaps the intention was to ban shops that provide cheap and easy access to drivers on the highway. There may be a need to think through this a little more and modify the judgement accordingly.
Pic Courtesy- John Fillipidis
cyberhub to go dry highway liquor ban sc ban on liquor sec 29 ban