TacoMosa Festival at Pirates of Grill 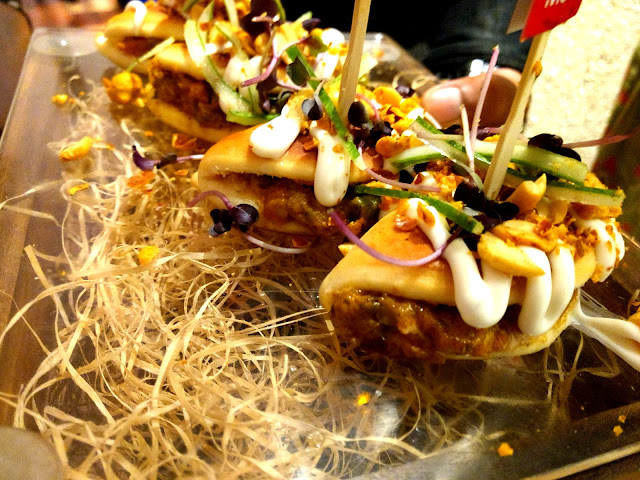 What happens when the Mexican tacos meets desi samosa, nothing but a riot of flavours for the palate. Who else but the pranksters of FnB  industry (Inderjeet and Jasmeet) could have come up with this crazy chatpata idea. I’ve always found Mexican food very similar to ours but at Pirates of Grill they tweak the two cuisines to raise its appeal several notches higher. 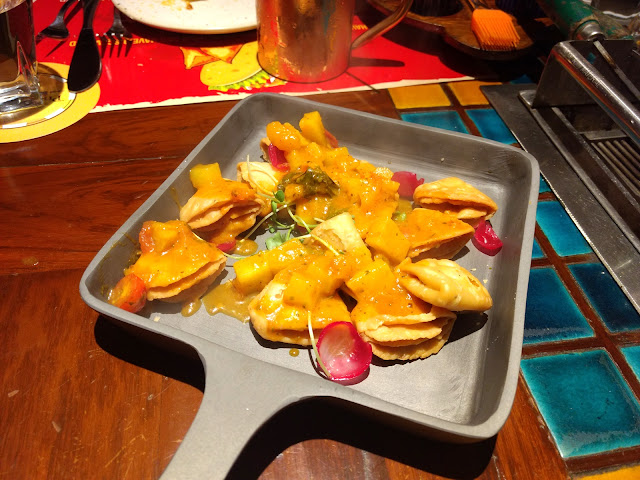 A limited time period festival which was flagged off yesterday this one showcases 7 new additions to the already exhaustive buffet  at the Pirates of Grill.The taco is filled with potatoes and topped with tamarind elaichi curd, transforming it into the most innovative chaat offering in town.  For the softer version of tacos ,a mash of mixed vegetables is  wrapped in  homemade bun and topped with peanut butter which was a very  engaging combination and for me this was the  star of the afternoon.  Moving on to the samosa section what arrived on my table was flat samosas that were doused in a tangy Alu gravy , but the twist here was the sweetness imparted by the pineapple lending it a scintillating sweet salty flavour . 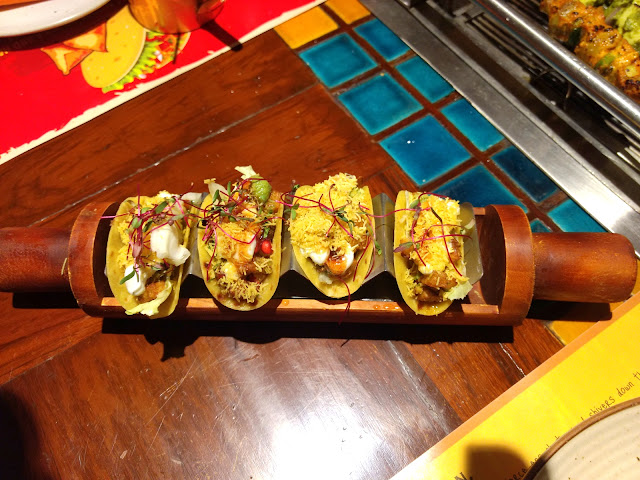 Dessert was chocolate dipped tacos served with vanilla icecream and topped with a grilled banana - safe combination but did succeed in providing  a fine ending to an otherwise brilliant meal. 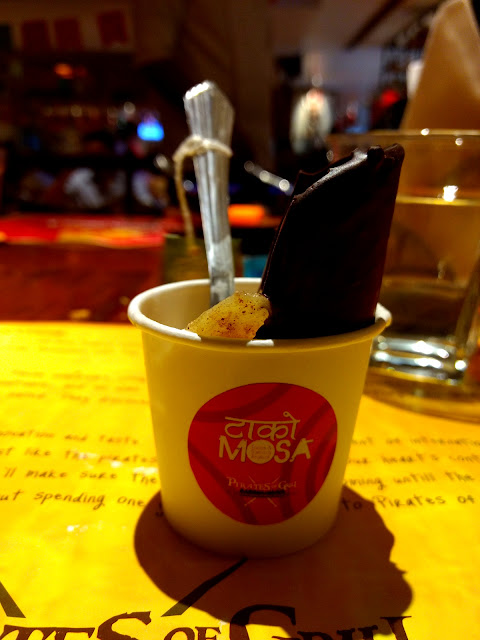