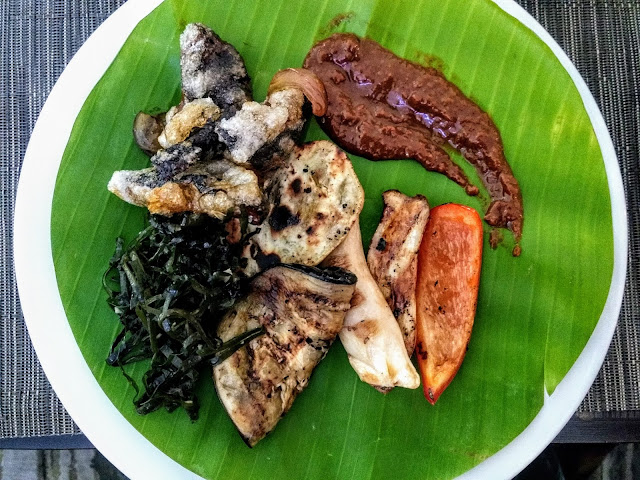 It's no hiIt’s no  hidden secret that  Korean cuisine  is heavily based on fish and  other forms of meat and is  as dissuading for a vegetarian as it can be.However with the vegan wave spreading globally, how can this country be left far behind. All it takes is a little creativity and voila this carnivorous cuisine can offer a lot  for vegetarians too. This is what exactly the korean food festival at Le Meridien Gurgaon did for its herbivore  patrons.
My appetizers were a colourful array of grilled veggies- from mushrooms, eggplants to even seaweed that complemented the fiery sauce served with it. 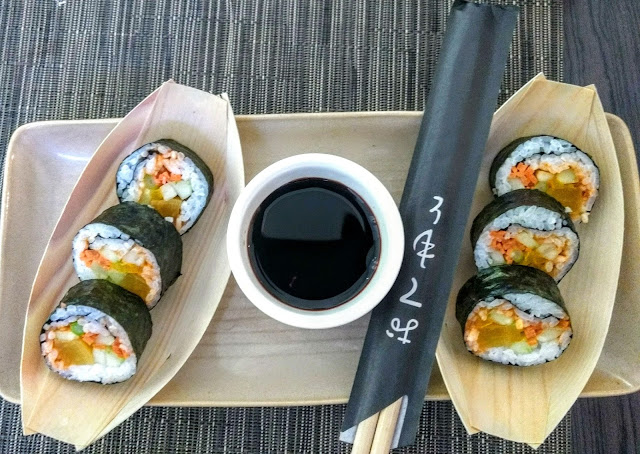 Kimbap or the korean version of sushi arrived next  and they are such cute little things that scream to be picked up and popped in. The best part is it that they  fill  up without making me feel guilty about consuming unnecessary calories. 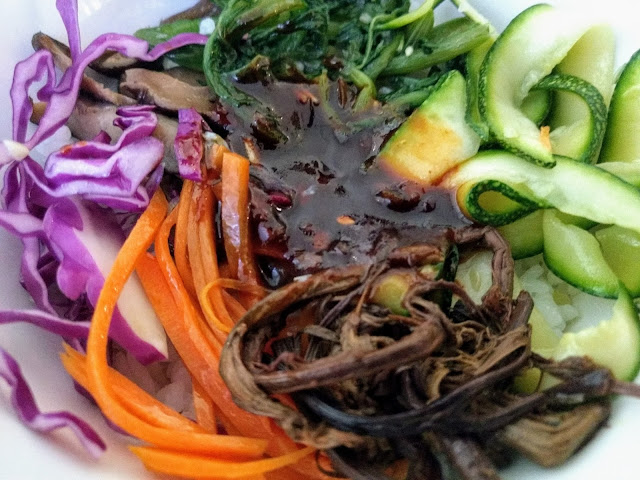 Bibimbap or the Korean fried rice, is traditionally rice topped with loads of vegetables and sometimes egg. The egg was conked off in my case and what I received was a spicy, intense flavoured hearty dish that impressed  immensely.
For those looking for guilt free indulgence the Korean food festival is where you need to be
at Latest Recipe, Le Meridien Gurgaon  only till the 12th of this month.
le meridien hotel reviews vegan food korea vegetarian food in korea