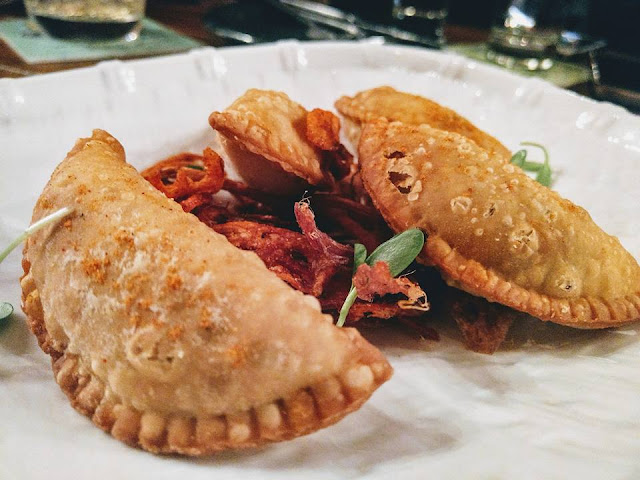 If  one has to queue and fight on a Monday night to score a table in an outlet   that’s been operational for years, there’s no doubt that the place is doing something right. Farzi needs no introduction, but what impresses me is their earnestness and seriousness to stay on top of the game and  reinventing the menu is just one step to  keep that steady stream of patrons flowing in. My bestie from Mumbai was in town recently and to impress her I knew just where to dine, not to mention the new menu sounded interesting and here’s my detailed report on it .

Ratatouille gujiyas- the Indian gujiya undergoes a savoury transformation from its original sweet avatar with some Ratatouille stuffed in it. The french classic is tempered with Indian spices which imparts intensity and then stuffed inside gujiyas turning into a winning innovation. 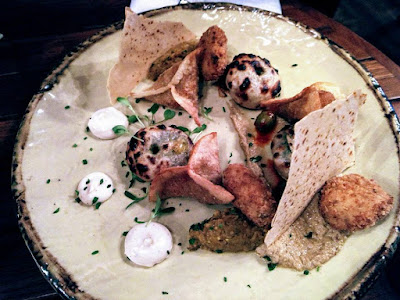 Mezze platter- definitely the star  of the night. The word actually means small bite and here at Farzi, the bites are all Indianized. From lavash bread  coated with kalaunji , baingan ka bharta (baba ganoush),  hummus that was a tad garlicky than usual and which I smeared on everything from the platter, dahi ke kebab and the best of ‘em all- Palak Paneer kulchas.No fancy ricotta and spinach, this humble paneer and palak kulcha had the tenderness to melt the hardest hearts. 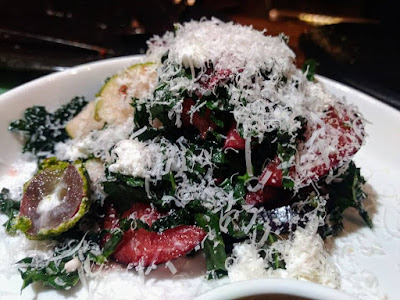 Kale salad- I only ordered this to diminish my guilt of devouring those deep fried delicacies and of course kale’s known for is anti carcinogenic properties. Despite being a vegetarian , leafy greens don’t excite me and Kale is no exception either. But clever as they are here, kale is shredded and hence does not overpower its cohabitants, instead it tantalises- with the sweetness of grapes , tartness of green apples and the salty hit of goat cheese. 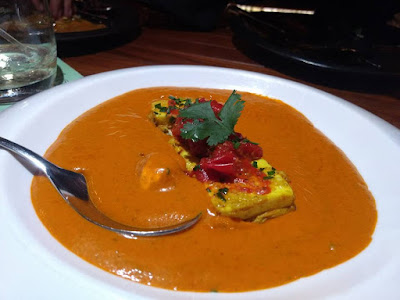 Paneer tikka - Anchored in old school Makhani gravy arrive chunks of paneer topped with sun dried tomatoes for that extra tang which the bland Indian cheese desperately needed.
I have a weakness for desserts and the fancier they sound the more tempting they seem, hence the Rasmalai Tres Leches carrot cream with rose petal net  was the fancy ending to my meal. However let me simplify this dessert for you, basically gajar halwa sandwiched between chenna and drenched in  milky glory that reminds one of fireplaces and duvets- the cozy feeling that draws me to sugary delights. 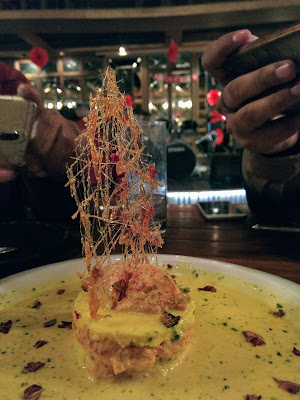 What makes Farzi stand out from the rest is an earnest and successful attempt  at innovating dishes without losing its original character and retaining its soul.