Landwehr comes to the Pink City 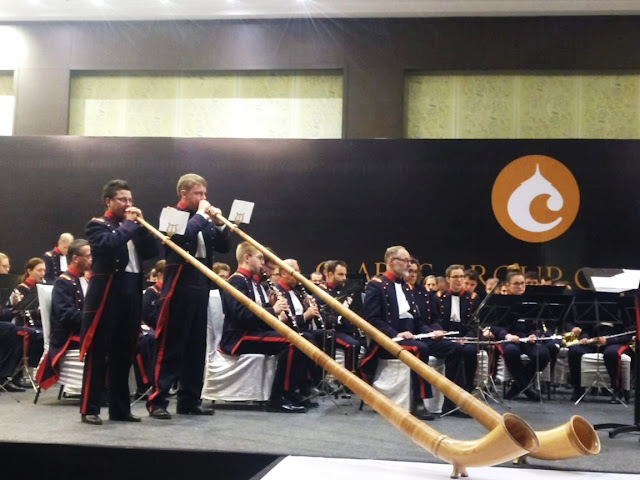 This year marks the 150th anniversary of the birth of Mahatma Gandhi the father of our nation. It also marks the 70th year of friendship treaty between Switzerland and India .To commemorate these milestones what could be a better venue than Clarks hotel which coincidentally celebrates its 70th foundation year in 2018. From the canton of Fribourgh in  Switzerland arrived Landwehr an orchestra band that originated as a musical corps with a military contingent.
No longer having to entertain soldiers fatigued by war, the Landwehr now trains young people and spreads the message of love and humanity through its music.
Operational since 1800 this band has had the privilege of performing at St peter’s square,Sydney Opera House,  and New York’s Carnegie Hall amongst others. To celebrate the 70th anniversary Of Swiss Indian Friendship they could not have chosen a better venue than Clark’s Amer Jaipur which itself has been an iconic landmark in the pink city.
The 80 member band enthralled the audience with its performance. To add an element of twist and to honor the soil that it was paying on, they conceptualized a special piece to facilitate a kathak rendition by Gauri Priscilla Brulhart.She glided across the stage mesmerising us with her graceful moves.


Apurv and Timmie Kumar ,noted patrons of art played the perfect hosts at this cherishable do.Their hospitality  was impressive and added extra grandeur to the evening.