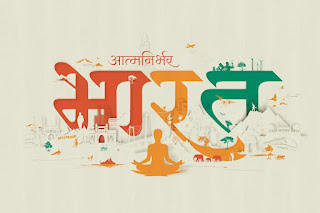 Much has been written on this topic as the world saw a threat to its very existence with the emergence of the Wuhan virus. What started as a killer virus from bats in the Wuhan market has grown into a global pandemic. It all started in December 2019 in China and eventually spread to all parts so the globe including even remote islands in the Pacific ocean.

It did come at a time when the world is at its technological peak and the medical fraternity has progressed to such a level where it helped people with myriad medical conditions and prolonged their longevity an life span; of course with a bunch of medicines none the less. It was no wonder that vaccinations were formulated within months of the outbreak and found to have a certain level of efficacy in treating people from sheer death that came with the dreaded Delta variant.

Children have borne the brunt of it all since March 2020 when the world was hit with the first wave. They were holed up within the confines of their homes and attended school through online virtual mediums. Forget about them playing in the parks or meeting friends over for birthday celebrations. These little people have since well coped  and adopted to this "home" life. Sad but true; they have missed out on a couple of their crucial growing up years by being imprisoned within the confines of their homes.

The pandemic left a huge vacuum in economies and hit many countries to almost near bankruptcy like conditions. Some countries have emerged again while others are still recovering from the shock wave. There are certain statistics that say countries lost over 3% of their GDP in 2020 alone. In 2021, the figure anticipated is approximately 5.7% of the global GDP. In terms of monetary values, this stands to almost USD 77 billion. (source: statista.com)

The World Bank says, "Global growth is expected to accelerate to 5.6% this year, largely on the strength in major economies such as the United States and China. And while growth for almost every region of the world has been revised upward for 2021, many continue to grapple with COVID-19 and what is likely to be its long shadow. Despite this year’s pickup, the level of global GDP in 2021 is expected to be 3.2% below pre-pandemic projections, and per capita GDP among many emerging market and developing economies is anticipated to remain below pre-COVID-19 peaks for an extended period. As the pandemic continues to flare, it will shape the path of global economic activity."

We can well imagine the number of jobs that were lost starting from January 2020. From 2019 to 2020, the number of unemployed people worldwide increased from 187 million to 220 million, the biggest annual increase in unemployment in witnessed within this time period. In 2021, the number of people unemployed increased slightly to 220.5 million. (source: statista.com).

Mental health is another major issue that has affected the globe along with this pandemic. It has taken a toll on people globally. This is natural since no one alive today on earth has ever seen a pandemic of such catastrophic proportions till date since the Spanish flu hit the world in 1918 and lasted until 2020. The Covid-19 pandemic has so far taken the lives of  almost 5.5 million people while the count is expected to grow further with several more waves expected to hit before the virus finally dies its own death. Good thing to remember is that nothing is permanent and neither this virus!

The world needs to provide cathartic solace to itself. Some people are defiant while some are scared. Some have gone jobless while millions quit their jobs themselves. Some survived while some could not make it. A fervent prayer that we tide over this once and for all in 2022 and expect to have our normal lives back again. Stay safe folks!